Al Miller could escape with fine 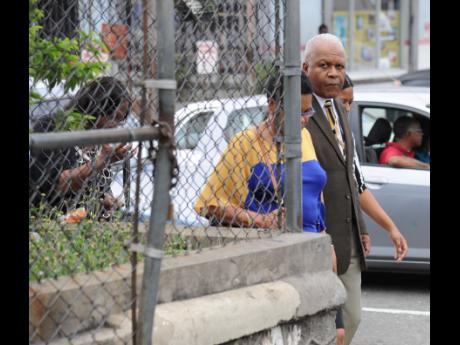 Despite his conviction in the St Andrew Parish Court on Friday, Al Miller could escape with a fine when he is sentenced on September 15.

Miller was found guilty of attempting to pervert the course of justice after then-wanted man Christopher ‘Dudus’ Coke was found in a car the pastor was driving. This is Miller's second conviction in nearly five years

Miller is yet another high profile Jamaican in two years to be convicted of attempting to pervert the course of justice.

In 2014, Senior Superintendent of Police James Forbes was convicted on a similar charge.

However, he was not sent to prison. Instead, Forbes was fined $800,000 or six months at hard labour.

He paid the fine.

Forbes was convicted on a similar charge

At the time Coke was captured along the Mandela Highway in St Catherine in a sports utility vehicle being driven by Miller, the drug lord was wanted on an extradition warrant in the United States. A month earlier, Coke had managed to elude a massive police-military operation in his Tivoli Gardens stronghold, in which more than 70 civilians and one member of the Jamaica Defence Force were killed.

The popular pastor of Fellowship Tabernacle Church in St Andrew, has maintained that he was taking the convicted drug kingpin to the United States Embassy in St Andrew to surrender to authorities there.

However, Judge Simone Wolfe Reece rejected his evidence saying based on the evidence led by prosecutors, his "behaviour facilitated the desires" of Coke.

This is Miller's second conviction in nearly five years.

In October 2011, he was convicted on a charge of negligence in relation to the loss of his licensed firearm.

At that time, the clergyman was slapped with the fine or three months' imprisonment.

He paid the fine.