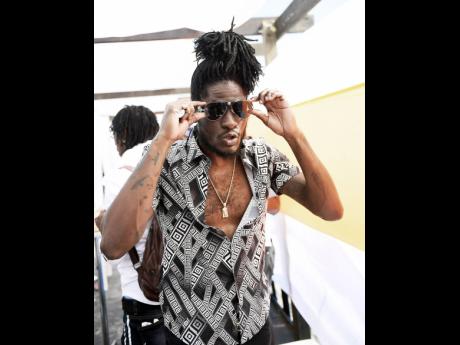 
Aidonia’s management team has denied the deejay was ‘bottled’ during a concert in St Kitts and Nevis earlier this week.

A statement sent to THE STAR denied reports that the deejay was injured in an attack during his performance at a show in the twin-island country.

The statement said that while there was a fracas that took place at the venue where the deejay was present, Aidonia was not involved and sustained no injuries during the melee.

The statement revealed that Aidonia was in attendance at a meet and greet where fans came out to see him.

Among the crowd were members of two rival factions "who decided to unfortunately attack each other at the gathering. Thankfully the quick action of Aidonia and his team averted him getting injured in the melee,” a part of the statement read.

Regarding the allegations of the deejay's involvement, the statement said, "we would like to advise the masses that these allegations are false and aimed at sullying the entertainer’s reputation”.

Aidonia’s team has since released a video of the incident hoping to clear up rumours regarding the deejay’s alleged involvement.