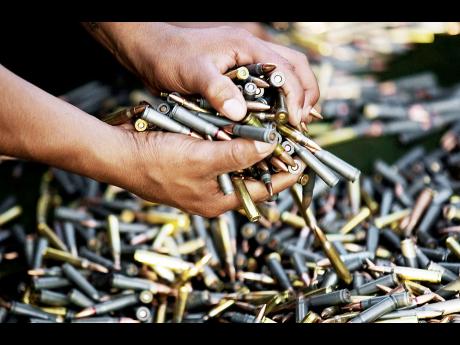 and another significant person of interest being taken into custody.

Reports from the St James Police are that about 11:35 a.m., members of the security forces carried out an operation in the Ramble area of Bogue Hill in the parish.

A search of a premises yielded four M16 assault rifles, five magazines, 150 rounds of ammunition and four ballistic vests. No one was arrested in connection with the seizure.