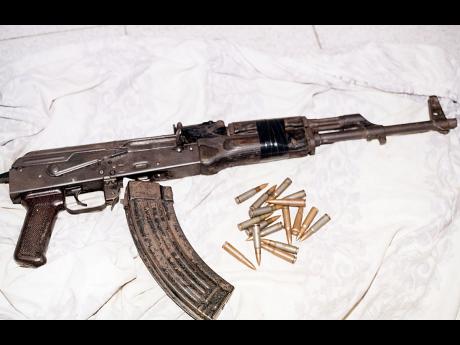 An assault rifle was one of two firearms that were seized by the St James Police during an operation in Rose Mount, on Wednesday.

Reports from the Mount Salem Police are that about 6:45 p.m., a team of officers was on an operation in the community when they searched a premises.

During the search, one AK 47 assault rifle, a Glock pistol and 10 assorted rounds of ammunition were seized.

One man was taken into custody, however, his identity is being withheld pending further investigations.