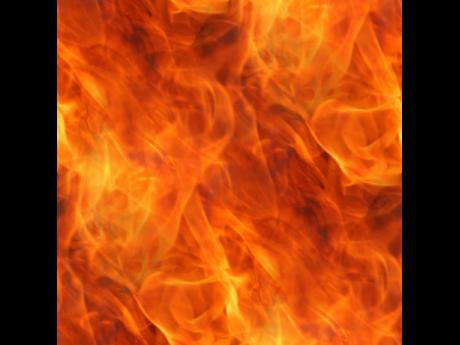 A 16-year-old girl allegedly set her mother's house ablaze in Norwood, St James on Monday morning, after she was scolded and her cell phone confiscated.

She was later arrested and charged with arson and malicious destruction of property by the Montego Hills police.

THE STAR has learnt that the troubled teen was taken to the Barnett Street Police Station in Montego Bay by a justice of the peace on Tuesday afternoon, and turned over to state care.

Reports are that the 42-year-old mother, who resides in Shanty Town, Paradise Norwood, argued with her daughter about her behaviour at home.

The mother took away her cell phone as punishment and left for work.

About 10:30 a.m., a neighbour allegedly observed the child setting fire to her mother's own house before fleeing the scene. The neighbour immediately called the police and the fire department.

The firemen rushed to the location and discovered the three apartment house on fire. They attended to the blaze, and after the cooling-down process, it was observed that a large section of the house's interior was destroyed, while several pieces of furniture and appliances were severely damaged.
The damage is estimated in the region of close to $400,000.

The mother, upon hearing the news, reportedly went into shock and was unable to speak to the media.

THE STAR also learnt that the teen is scheduled to appear in the St James Family Court by Friday.