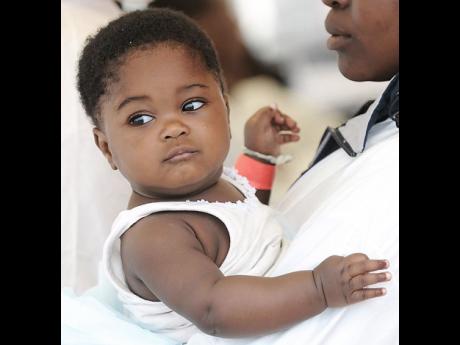 Hot ya now!! Propa big up to mi Tambourine Family, #TamFam. An big up all Ragashanti Live listeners pon Tambourine Radio at www.tambourineradio.com. Mi up ya a lock it inna Obama Lan same way.

Husband a hide his kids

I met my spouse while on vacation in Jamaica. After a few years of traveling back and forth we decided to get married. I married my husband in Jamaica and filed for him to arrive in the States. I have been married for seven years now. Prior to marriage my husband introduced me to his then 16-year-old daughter. He had me believe that he had one child prior to marriage. Four years into our marriage I found out that my spouse had two children with his daughter's mother. Story came to bump via Facebook and talking with my husband's family. Of course, when I confronted him about the second child he denied it. It's not until I presented him with proof that he confessed. Why would a man be so wicked and deny his seed? He told me that the reason he never mentioned the second child is because he is not sure it is his. Well two years has passed since finding out about child # 2, to only find out about three more children he has with another girl in Jamaica! He is now up to four unclaimed children that he did not tell me about prior to our relationship! His excuse is they all could be jackets! Wah, did he say jacket ? More like a sweater, pants and shoes. He now has a full outfit.

Raga, I can't tell you how much I love this man. He treats me like a queen and would do anything for me. But he betrayed my trust for him. Do you think I am wrong for wanting to divorce this man?

You're not wrong for wanting to take action for being betrayed... not once, but several times. I'm not in a position to tell you if a divorce is the right move at this time. That's your choice. But it might well be wise to hold your husband accountable in some way, because failing to do so might send the message to him that it's ok to continue betraying you.

Good day Raga. So I met this guy two weeks ago in another state when I went to a barbeque. He lives in there, but I don't. We exchanged numbers. Well, actually he took my number.

Anyways, we would text everyday. In the morning he would text me or in the evening, me vice versa. We wud text flirtatious stuff and get each other in the mood. He can't wait to see me again I can't wait either. He's in a relationship, but i'm single. Now Raga rewind to last Saturday, until now I haven't hears from him until after I texted him saying morning. He texted me back asking how my day was going so far? He was being polite, but I don't know why he hasn't texted me for three whole days. Should I walk away? Do you think he's losing interest? Am I thinking too much? I know he has a woman and that might be the case. I wish he would say something. I really like him.

Don't force it. If you know he has a woman then at best you'll be the bunna-woman, di matey. An if yuh a matey den it's probably best dat yuh stay inna yuh lane, fi protect yuh self. Don't fall inna da trap deh weh yuh staat have wifey type expectations from a man weh yuh nuh deh wid. Probably yuh nuh want him like dat, probably yuh jus waan have some fun wid him. But is eeda him a goh juggle or leggo. If him naa fahwud den nuh badda mek it badda yuh. But doan get too hung up on him wen yuh done know him already have a straight up woman.