Mix-up & Blenda| I can teach a man how to cheat! 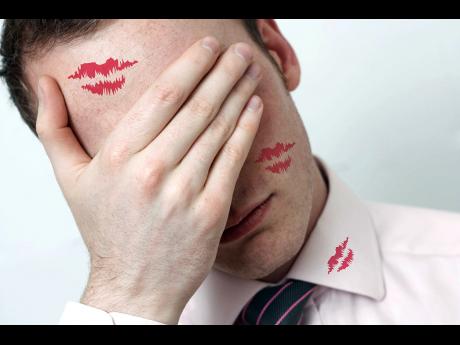 Raga, what every woman should know about them man. For all these woman who a say their man has, never bun them, they need to come see me and learn how they do it. There is always that saying, "anyone can do what they want during their lunch break".

Raga, I was married for 15 years and both of us were cheating, but we loved each other very much. I loved him more than he loved me. I cheated because I was tired of finding out that he was cheating on me. He was cheating because he wanted to see if he still had the 'It' factor, since we were together for so long. He also felt like he was missing out because we got together very young when I was 16.

So, eventually, I ended up leaving him. I started dating and met this guy that I was happy with him and thought, yes, I had a good man now I can stop dating. Came to find out that he slept with my niece and lied to me and her about it.

So after finding that out, I was devastated. I broke off the relationship and then I became a bad girl; not caring about anyone's feelings. I date married men and care about their relationships. It may sound cold, but it's all coming from a broken place.

These men will do anything for me, including swiping, even if they have never swiped a day in their life. I have gotten these men to [Ms Lady mi cannot put di tings dem weh yuh write inna di people dem Star. LOL]. Sorry to be so graphic here, but the right woman can get any man to do anything even the man that says he will die before he does it. These men just want to know that the secret of them doing it will never get out. I am the type of chick that will never call names, and I will take what they do to my grave. Once they try it, they begin to love it and continue to do it on a regular basis without me asking.

Sometimes I ask myself why would they be willing to swipe me and not their wife. The sex is turned up to the point they are willing to leave their wife for me. My heart is so bitter and cold to the point that I tell them don't leave your wife because I don't want a relationship, I am not in love with you. But for some reason, doing this makes them cling to me more. I don't understand why.

If you see me, you would assume I am very quiet and classy, which I am. I am the type of woman that you will refer, to as a woman in the street and a freak in the bed. I, for one, can say that I will never swear for anyone to say they will never cheat. I have had the holy of the holiest Christian men head between my legs, and men who look like they would never cheat because they know how to do it well and keep up their daily routine. I teach them how to cheat well. I have learnt so much from my ex-husband about what men should not do in order to not get caught that I have become an expert. I can tell if my man is cheating and I can teach them how not to get caught.