Blakka's Box | Some things are more sacred than others 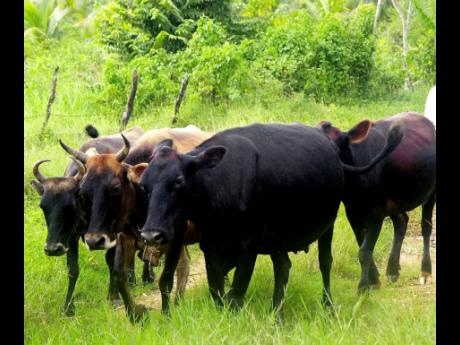 Tell me something. What things do you hold as sacred? It all depends on who or where you are, right? Of course! I have several beloved friends, for example, who view Saturday with special reverence because it is the Sabbath day for them. But, I also have friends who hold Saturday special because it is race day at Caymanas Park.

And what ideas or objects do you regard as precious and meaningful? A devout Christian-minded person may place great value on the sign of the cross, whereas somebody with a totally different orientation may just see the cross as a plus sign with one extra long down stroke. You and I may see an apple as just another fruit ready and waiting for a good bite, but if it is placed beside a bottle of water on an alter in a revivalist church, we may think twice about taking that bite.

These thoughts are swimming in my head because yesterday I was a guest speaker for a class in a course called 'Introduction to Caribbean Religions' at the University of Toronto. The request was that I share experiences and observations from the times in my younger days when I used to self-identify as a Rastafarian. It was a really interesting and uplifting experience talking to the bunch of bright and passionate students in the course.

One seemingly simple but profound little statement stuck with me though. And it wasn't even something that was said during my talk or in the question and answer segment that followed. At the end of the session I was having a beer with professor Dr Bernardo Garcia-Dominguez and he said, "Not everything is sacred, but anything can be sacred". And I thought, wow, that's kind of deep! Yes, it had me reflecting on the fact that the idea of the status of cows and beef import is a big election issue in India where Hindus consider cows to be sacred. I also had cause to think about the idea that East Rural St Andrew MP, Damion Crawford, might probably not have failed in the recent selection process if he had treated the idea of Easter bun and cheese with the same sacred reverence as some of his constituents.

I also thought about the reverence with which Rastafarians back in my days treated their locks as a sacred symbolic aspect of a devout lifestyle, as compared some of the 'dreads' these days, who visit the hairdresser weekly to tend to the upkeep of their 'hairstyle'.

Bernardo's statement also resonated with me especially because of a very, very special trip that I'm about to embark on tomorrow. Yes peeps, I have had the good fortune to travel all over the world over the last 30 years or so, but this trip is an extra special soul journey for me. Tomorrow I leave for a three week sojourn in the land of my ancestors - Ghana. And trust me, this trip is sacred.

It's a sacred opportunity to reconnect with my roots, expand my knowledge of the motherland and much, much more. I aim to visit the slave dungeons on the coast, the castles of 'no return' from which enslaved Africans were forcibly shipped to the west. This is not just another trip. This one is special and sacred. It is sacred for me because as Kwame Dawes poignantly proffers in the poem 'Land Ho': "I know I have the blood of survivors/coursing through my veins/I know the lament of loss..."

And yes, the trip is sacred because contrary to the insolent suggestions of British Prime Minister, David Cameron, I refuse to 'get over slavery'. Unnu keep me inna unnu thoughts as I make this sacred Sankofa journey, hyah. And I will keep you posted on my experiences and discoveries.