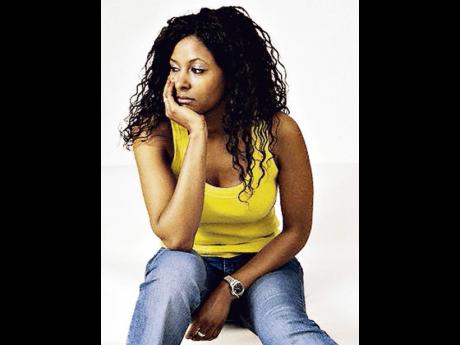 Wooooiiieeee TamFam, waa gwaan?? Unu good? Big up all Ragashanti Live listeners pon Tambourine Radio ova www.tambourineradio.com. Bless up all Tamfammers all over the world. A how we ting tun up soh?? A how we ting global soh?? A how we jus a beat dem soh?? Propa to do fullest! Watch di ride ya now, on to di mixup dem:

Raga, I've been dating a guy for 11 months and we are deeply in love. I'm so happy with him and he always go out of his way to make me happy. We do have one issue though, he's married ... but according to him, it's just for his stay. He told me that he's not in love with his wife. He is just waiting to get his permanent resident card then he can work on divorcing her. When we first met he

didn't tell he was married until a few months into our relationship.

They got married a few months before I met him and at that time he wasn't living with her. So we spent a lot of time together. However, as time went by he had to work on making his marriage look real so he moved in with her. He said that he has his own separate room. I'm feeling a strain on our relationship because we spend less time together. According to him, his wife has been putting pressure on him to try and make the marriage work. He confides in me all the stuff that goes on in his life. His mother and close friends are aware of our relationship and know where his heart is. He tries his best to be active in my life and my two children. He has attended to both my children's after- school activities and to my family functions. My family and close friends are very fond of him. But in the back of my mind I have my doubts and I'm worried that I may be wasting my time waiting for him to get his life straight. Also, there's a big age difference, I'm 38 and he's 24. Raga, your advice is greatly appreciated.

You're indeed in an extremely confusing situation. On the one hand you've provided extensive details on this man being so wonderful, kind, sincere, loving and understanding. It's significant that he's so open with his affection for you, so involved with your children and so welcomed by your family and friends. However, you're a mother of two children that's 14 years the senior of her man, who is married to someone else and living with his wife. That alone is already a definite no-no for many. Additionally, you both started your relationship being able to spend time exclusively together at both your homes - and after you fell in love and got deeper he moved in to live with his wife - it just seems as if that is a backward move in a relationship. I know what he says about having to do so as to get his legal status in the US, but it still appears to be more stable and secure with him and his wife - you are the one who can be kicked to the kerb any minute.

And I wouldn't advise you to believe that he got married, moved in with his wife, and they're both not having sex. I don't think that's true. Dem a dweet. Him probably all a gi har some propa swiping too. Tings a gwaan. In short, as much as he's so wonderful to you, the overall odds are still against you. Therefore, it would be wise for you to make some adjustments that would put the odds more in your favour that you'll be in a more secure and stable situation. Govan yuh ting.