Where are the real selectors? 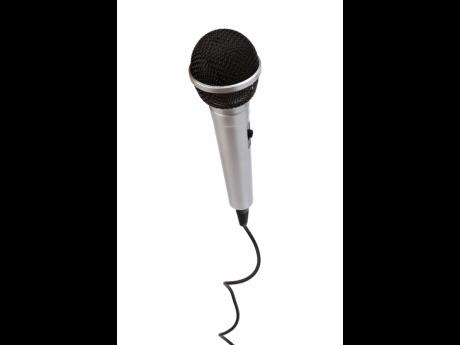 A whole heap a good tings a gwaan inna di Christmas season yah, but some other things a stress out the people dem like the thief dem, the beggar dem and some 'selecta' weh a mash up and a flop di people dem party!

Persons have been bemoaning that they go to these parties dressed to a T, and when the party is over, they feel like they have not gotten their money's worth, and dem real cross fi di 'pouchie' dem!

There is more to music than what's in the top 10, and there are many genres outside of reggae and dancehall. It's as if the man dem just a play fi a small forward and not monitoring the pulse of the people so dem can mek an informed decision when to play what and where! Some a dem don't have any regard to time and place. Anno everything and every kind a music run everywhere.

Most a di time, di man dem jus a rush di party so! The people dem barely get a chance fi build a vibes and have a good time. There is more to music than the usual 'suspects' ... Kartel and Popcaan and the 'dig out' and underneath women. Some of the songs are so lewd and disgusting with regard to women, that when mi look pon them who a sing and play di song mi belly gripe me! Some a dem not even have the decency to edit and separate their music properly, so pure big dutty badword always get weh from dem and den dem a talk bout dem a "run di place"!! Run which place? When? How?

When I think about sound system giants and pioneers, I must mention King Jammys, Wee Pow and the world immortal Stone Love and man like Jack Scorpio and all Bass Odyssey. Even Kartel himself is a student of history, music and good work ethics, which all account for him arguably still being number one! Some selecta don't even know some a the greats and don't even acknowledge dem! Some a dem don't even play Kartel when him did black. Fi dem knowledge of him start from when him 'pretty like a colouring book'! If yuh follow some a dem all inna church dem want play the dirty version of the song!

Recently, mi deh a one show and mi ask the selecta fi a Kevin Downswell, who hot like fire inna music. Him seh him no have it. Mi ask fi a Grace Thrillers or Sandra Brooks ... Sister Scully and him neva have not one gospel and him claim seh him a hot selecta. Di devil did a tell mi fi pop out him two 'ears ring' dem dash dem weh to how mi bex! Mi ask another one fi Micheal Jackson and him neva have none! As a selecta how yuh come with no gospel and no Micheal Jackson??!! Nuff a dem a fraud! Some a dem have no decorum or style as to how to bring in music and toast a song.

Nowadays, it seems like from dem have laptop and download songs, dem a claim "selectaship"! It is so frustrating for patrons who pay dem good money at these events, and then the music is just below par. A di same song dem over, and over because nuff a dem a play fi money, pull up and cheap forward! Dem a play for themselves, and the few who might be rocking to the music. Dem pull up and chat inna di song dem so til yuh can't even identify the song! Many of them are musically classless and no understand seh a great "DJ" can play anywhere ... from a baby christening to a Reggae Sumfest.

Wishing for all my readers and fans all the best for the festive season. Praying for a prosperous New Year, and may 2016 be filled with blessings, joy, health, wealth, and strength. Thank you all for your support. Mi love unnu from mi heart! Lalalalalalalalalala!