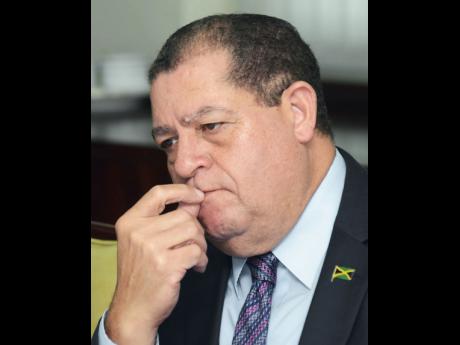 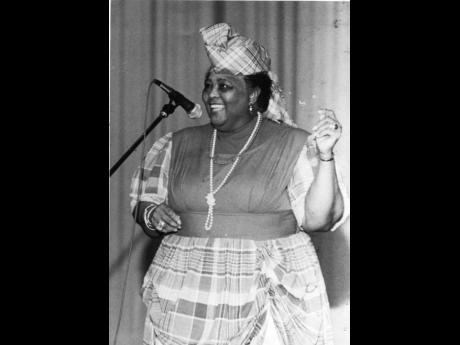 Even though there was no actually earthquake, Audley's 'house and land' phone bill, the inane comment made about our national fabric being likened to a tablecloth, plus the irreverent involvement of Miss Lou, the Richter scale registered a whole heap a movement!

When mi see wah Audley phone bill look like, mi a wonder if a Jesus on the telephone and him a tell him his needs, because a couldn't no weh pon planet earth him a call!

No sah, from me born and a use phone til now, mi never hear bout dem yah ungodly phone bill!

Our country is in no position to be wasting that kind of money on talk or data. We no have it! If it was that Audley was going to pay all of the bill out of his own pocket, it woulda bad and not so bad, but an already-struggling economy and highly taxed people haffi go absorb it.

Mi naa mek no excuse fi the minister, but weh him supporting cast?

Bad to bad, the minister cannot do and will not know everything and that is why it is important to have competent people on your team, who have your interest and that of the country at heart!

Speaking about competence, a one ting me haffi seh. When dutty dish towel a try tun tablecloth, it tun a pest to the table!

It is as if we are living in a post-intellectual era, where dunceness and some uninformed people are being celebrated and put on pedestals weh dem cannot manage.

When it comes to a cultural icon like Miss Lou and our national fabric, there must be unequivocal respect, and manners fi show!

If yuh no have no sense and no awareness, kibba yuh mout. If it wasn't for the slaves who fought and died for our freedom, and people like Miss Lou who emboldened our culture and language, dem wouldn't have no equal rights!

Human beings all are we and we do fall short, and sometimes our intentions are misinterpreted. However, with all the furore on the Internet and many other quarters, an apology or even some repentance woulda soothe it likkle.

Many try to court controversy to stay relevant or to even become relevant, but a line has to be drawn and sense and sensibility reinstated.

We need to get we acts together because it no look good. Politicians and would-be role models need to understand that their actions have influence, so we haffi know what we are doing.