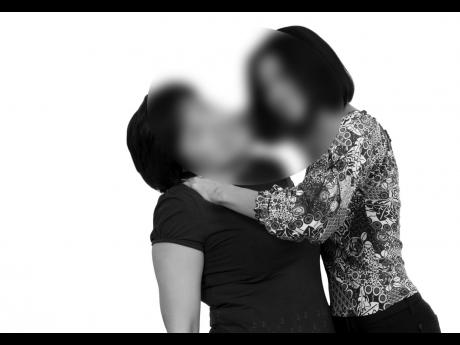 Dem seh what is joke to you is death to me, and this rings especially true as it pertains to telling smaddy bout dem mother inna Jamaica.

If you want a Jamaican go inna di matrix and get warm, just berate or disrespect we mother, an is like we get dark an 'ignarant' same time.

Even if the mother never played her role adequately and is not an upstanding citizen of Jamaica or anywhere else in the world, people defend dem mother.

In our Jamaican culture, it is a cardinal sin and one of the lowest forms of disrespect to say something derogatory about a person's mother.

In many instances, yuh coulda class the father from now til thy kingdom come an it no ruffle no feather.

This could be attributed to the fact that Jamaica is a largely matriarchal society and as such, people have a certain reverence and respect for their mother and her struggles.

There is an umbilical connection between mother and child and as such, even in a cuss cuss, mothers are generally not fair game.

If yuh want cuss an class the person with whom you're arguing, it is understandable if yuh tell dem bout dem extensive vaginal mileage!

For peace sake, don't bring up anybody mother so they don't feel compelled to bring up yours. Argue about the matter at hand, but just leave moms and kids out of the equation.

However, there has to be some line of demarcation when it comes to cussing someone about things over which they have no control. Sickness a one a dem.

When someone, for example, can determine whether dem teef clothes fi a living or not, sickness have no respect of a person.

Unnu know my mout no join church an no hymen no deh cross my throat, but we haffi try as best as we can to maintain we dignity an integrity, even during testing times.

Mi no business 'bout no body war, but a di principles of war mi a talk bout. Mi no run mother joke and as a result, if the war or cussing a get to certain level, mi prefer to just leave it alone, because it can easily escalate out of proportion when the gloves come off.

With all that is happening in the world, mek we all in our own way spread love an respect.

Inna life yuh haffi choose your battles wisely ... some battles are worth it, others are just a waste of time!