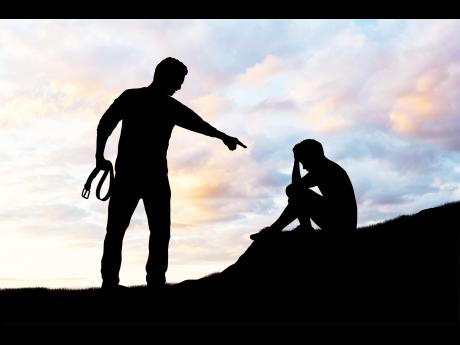 In recent times, the method by which Jamaican parents discipline their children have come under sharp scrutiny. No longer can it be anything yuh ketch yuh jus fling it, or claat dem wid di broom, or tea mug, or buss dem shut wid piece a electric wire, or tyre. And worst of all, yuh caah peppa dem skin with a machete.

I agree wholeheartedly that there needs to be a resocialisation and counselling of both parents and children to maintain order and discipline while at the same time protecting the rights of the children.

Mi haffi talk di truth wah God love, because some a dem pickney yah will mek yuh lose yuhself an go a jail fi dem, because den no hear. Dem bruk stick inna all part a dem and many of them have absolutely no regard for authority.

When yuh see and hear bout wah some pickney a gwaan wid inna life, it is understandable how a parent can snap. In many ways, social media and the Internet are positive tools to help students excel, but pon di next hand, is like it bring out the demon inna nuff a di yute dem.

There was a group of students recently, on Facebook, participating in a challenge for adults regarding the male genitalia...the 'D', and the female genitalia...the 'P'. While in their school uniforms, they sang about what they would do for these body parts and the length that they were willing to go. One of them exclaimed that she would stop going to school for it.

When mi see di video, it fertilise mi blood pressure same time because their actions were disrespectful on so many levels. First and foremost, the only 'P' and 'D' with which these children should be concerned is 'P' for passes and 'D' for distinctions! Di way dem no business an no have no regard fi dem school uniform and parents, dem have the audacity to put it up on social media.

When mi see it, mi naa tell no lie, mi feel like mi woulda did karate out dem trachea, because anno dat dem parents send dem go a school fah! I am no prude, an pickney a go give trouble an do cheeky tings, but dem nowadays modern pickney yah no have no limit.

Back in the days when yuh a go do certain badness, yuh not even want yuh parents to have the slightest clue. Dem pickney yah no response a who!