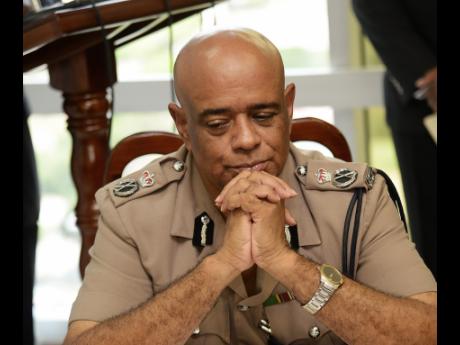 Last week Jamaica's Commissioner of Police George Quallo resigned. To many this was a shock coming suddenly.

For the more discerning however, it was not having regard to the public exchanges between the police (including the commissioner himself) and Robert Montague, the Minister of National Security.

Nonetheless, in the country's interest many were hoping that the men could have settled their differences and moved on, united in the fight against crime.

The commissioner's resignation raises many questions? Why did the top cop resign NOW when the country is in a crisis, especially St James being under a State of Emergency?

Did he resign by will or was he forced out?

Many feel that his resignation has come at a very bad time while others are relieved, believing that the sooner the better, as the challenges facing Jamaica are so many and dire that a 'new sheriff' and a much 'tougher hombre' is needed to lead the charge and someone who will not 'quail up' under the pressure.

There is also the view that his quick resignation suggests that he was never really the man for the job and should never have been selected.

There are now renewed calls in some quarters for the retired Reneto Adams to be considered seriously for the job.

Adams developed a reputation as a brave, no-nonsense crime fighter who was not afraid to go into the belly of the beast to root out criminals.

Others believe that while he might be tough, the job does not call for brawn and brute force alone but for someone very cerebral who can be a strategist to outthink nuff of the criminals dem who seem fi ah think pan ah high level and ah outsmart de police!

Others want a farin commissioner along the likes of a Mark Shields or Les Green to right the Constabulary ship, modernise the force and make it very efficient and get rid of the corruption in the force.

The way the crime monster bruk out like a soar mi hear people all a seh a some Kim Jung-Un style Jamaica need or rise back the likes of Fidel Castro!

Mi no know bout dem two last man cause it woulda betta Jamaica just start over back! What I do know though is that we need to get we act together!

I hope that someone well qualified and committed to the job is selected quickly so that the country's serious crime problem can be addressed post-haste.

Mi people do oonuh gwaan hold tight until next time.....laalalalaalalaaalllllaaaaaaaa