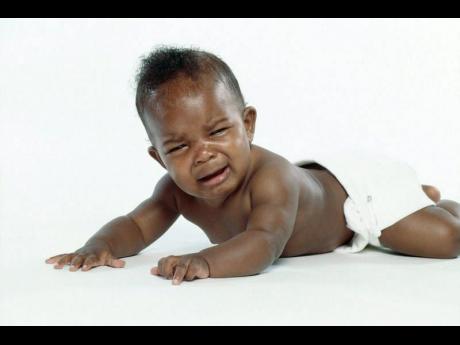 Mi seh it come in like 2018 pick up a fifth gear and gone inna overdrive because the month start gallop! January tek bout three years fi dun and next week a March already! Is like if yuh nuh start work pon yuh summer body yet, just cancel it til next year, cause a dat mi a consider fi do! A mi fi tell yuh!

One of the contestants on the Magnum Kings and Queens of Dancehall touch pon a subject that may have bruised the ego and "manhood" of men who are at a certain age and have no children. Our society has labelled these men as 'man-guinep', 'gelding' and 'naav-no-seed', among other pejorative terms. These men often come under immense pressure and ridicule because dem a "fire blank". They are looked at as less of a man, because if yuh reach 40 and cyaa keep a baby party, then you are deemed an outcast.

It is time we move away from that limited and myopic way of thinking. For some men, it's not that they cannot have children, they choose not to! Some men make a conscious decision that they want to have children as a choice and not as a consequence. They may want a family and not two and three babymothers all over the place.

Responsibilities of a father

Some men view fatherhood as being able to adequately provide for and take care of their children. Giving children a comfortable life and one that will give them the best chance at becoming a successful adult. It may also be that some men are using their correct 'head' to think about what the responsibilities of having children will mean. A nuh every man want to be a sperm donor or an absentee father. Some tek it early while some tek it late! The race is not for the swift but for the man that can provide him children with proper food, shelter, clothing and education!

Nuff man have whole heap a pickney who dem not even know them or care to know dem, and that is placing the child at a disadvantage from jump street. A nuff man have pickney who tun pestilence to people and a menace to society! Furthermore, a man may want children but may not want it with the woman he is with now. Him know who him a save him 'oil' fah!

Be that as it may, the decision to have children should not be taken lightly. If nuff man wish to speak the truth, if they could turn back the hands of time and live over dem life they would not have so many children, and in some cases they would not have had any. Some people seh pickney a blessing while others think dem a curse. Whichever side of the pendulum you swing, it is imperative that every man plan to have children and don't just 'buck up inna' it!

So mi want salute the man dem who put a roof in place before having a baby because some bwoy live inna dem madda house and have babymadda! Big up the men who know it's OK to wait until they are mentally, emotionally, financially (and every other 'ally') stable to bring an innocent child in the world. Don't allow society to pressure yuh fi 'breed' nobody because when society gone sleep, a you have the child to deal with!

It's about time people start celebrating having a family, and not just having a child.

Before yuh 'fat up' a girl belly, please go 'fat up' yuh bank book! Go 'fat up' a resume and a job before thinking about having a child just for the sake of having one.

Until next week, mi love unuh, and try mek sure seh unuh vote fi unuh favourite contestant pon Magnum, so they can stay on the show! One and ready, two and...(yuh got it right!) Lalalalalalalalalalalalalala!