We are in serious times 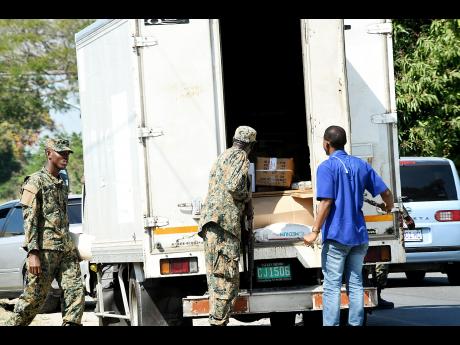 Mi goodas peeps, how oonu do? Ooonuh miss me? Mi know man, mi know. It has been a likkle while, but mi did haffi sort out some personal stuff and organise up sometingz so mi coulda forward inna di place again and talk d tingz! Mi ready fi rumble once more - if I'm lying, I'm dying!

I decided to write about the state of emergency situation because the crime and violence in Jamaica affecting everything. Mi still ah hear dat people are still being murdered. Nuff ah wi did think seh dat after the first state of emergency was declared on January 18 this year, nuff ah di shatta dem woulda go underground and go chill out. No sah! Only last week, a number of persons were killed in various areas, resulting in renewed cries for a state of emergency to be declared in other areas.

Nuff nuff places have seen serious criminal activity, including Clarendon and August Town in Kingston & St Andrew. The reported statistics that murders in St. James have been reduced by roughly 70 per cent have had many singing the praises of the Government and the police. This is indeed great news but of how long can this continue? What is the cost of such a major operation ? Do we have the manpower?

On March 17, the prime minister announced that another state of emergency had been declared for the St Catherine North Police Division, where a lot of murders have taken place. Between di two places about, 3,000 people have been detained. Ah whole heap ah people dat! Last week, di public defender called for an end to the state of emergency in St James due to conditions under which people are being detained and reports that detainees are losing their jobs. The police responded, essentially stating that many people welcome the presence of the security forces and that their communities have some semblance of sanity again. Should they be continued or not?

We are in serious times requiring serious measures, but mi hope seh dat people's rights are being respected by the authorities. Our forefathers and heroes shed blood, sweat and tears for many rights and privileges we enjoy and wi haffi careful wi nuh just gi dem up so. At the same time, the Government has to do something as tingz did gone bad, bad, bad! Di people dem inna di various communities who know and can identify di criminal dem must talk di tingz!

Onnuh same one who ah wash de blood-up clothes dem after oonun man, pickney, bredda or even sister go out go commit di heinous deed dem - judgment ah come fi oonuh! As I always say - if you are not part of the solution, you are part of the problem.

We have to identify and tackle the root causes for the increase in crime. A state of public emergency is not a long-term measure. It is unsustainable in the long run.