Still dreaming of a new Jamaica 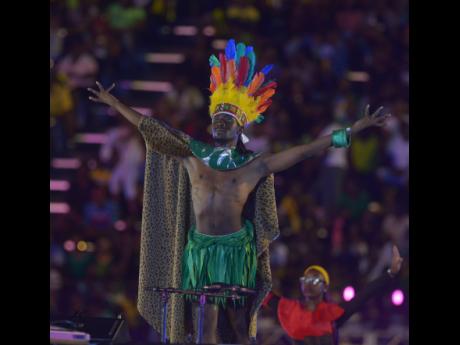 A performer at Monday's Grand Gala held at the National Stadium in Kingston. 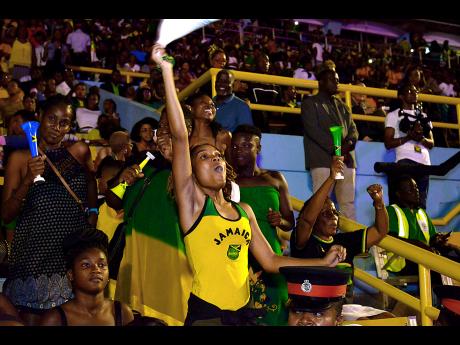 Patriotic Jamaicans at Monday's Grand Gala, held at the National Stadium in Kingston.
1
2

Yes my peeps, as usual, it was sweet while it lasted, but the 'Emancipendence' celebrations are now basically over. What did you do with it?

Me, after singing and shouting all day in church, then rushing off to perform MC duties at the Hi-Pro Denbigh Gospel Extravaganza on Sunday, I followed that up with more singing and shouting as I played a co-hosting role with my brother, Neville Baker, for the annual 'Jamaica Night' event at Greater Works International Fellowship.

So I'm still hoarse, but I had a grand time. How about you?

As is the custom, we hear plenty patriotic lyrics during this time of the year. And I love that. So from the very first festival song, Bam Bam done by Toots and the Maytals back in 1966, to this year's winning song Jamaica a wi home by O'Neil Scott, aka 'Nazzleman', and all the other tunes in between, festival songs ruled the airwaves. Some are still ringing in my ears. You too?

Still, as the festivities wind down, the celebratory images and rhythms recede, and we return to our regular routines, I'm especially stuck on the words "I'm dreaming of a new Jamaica, a land of peace and love" - the introductory lines from one of my favourite festival songs.

Officially titled Come Sing with Me, it was written by Alphanso Plummer, sung by Stanley and the Turbines, and was the winning song for 1980. I'm sure you'll agree with me that this is undoubtedly among the most loved pieces from the JCDC festival song archives. Nuh true? Yeah man, the infectious melody compels every listener to loudly sing along, even when they obviously don't know the lyrics. And the irresistible rhythm is guaranteed to put pep in your step and 'wine' in your spine.

As I meditate on those opening lines, though, I wonder if that dream of a new Jamaica is a vision of future projection or perhaps just a nostalgic memory - a reminiscent reflection. I say that because I know that people my age and older can actually remember, not a new, but an old Jamaica that was indeed a land of peace and love.

Yes, I remember that time when common courtesy was actually common and good manners did not seem like a strange phenomenon. Yu agree? Well, as the song say "all who believe in love, come sing this song with me ..."