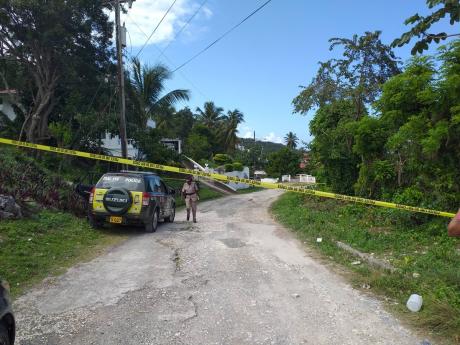 Police cordon off the crime scene where the body of Member of Parliament (MP) Dr Lynvale Bloomfield was found on Saturday morning. 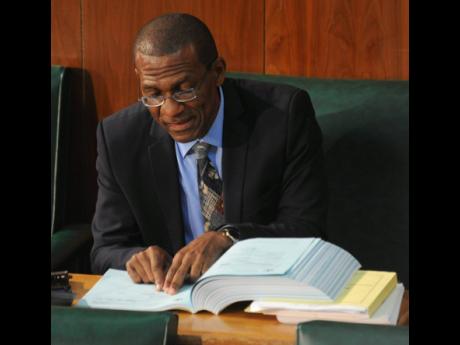 It seems like some people heart black like when yuh grater cassava inna dutty dutch pot mek dem a tek people innocent life so! When I saw the disturbing and unfortunate news about the murder of East Portland Member of Parliament Dr Lynvale Bloomfield, mi heart sink.

Following on the heels of that, was the news, the body of attorney-at-law William Hines was found in a hole. Though I did not know either of them personally, I extend my deepest sympathies and condolences to their families and loved ones.

Mi heart hurt mi for the state of moral decay weh Jamaica inna, and it is getting worse by the minute. Some people hate when the dirty truth about our beloved island is highlighted because they would rather keep up a pristine image for postcards and tourism bids but the truth is the truth. Jamaica naa gwaan good when it comes to crime and violence. The level of crime and criminality that exists in our society is appalling and what is even more flabbergasting is how ‘normal’ this way of life has become. Fi a likkle country like this weh no have no holy wars or ethnic cleansing, Jamaica naa gwaan good.

Yuh can image yuh go a school, study hard, get a job, contribute significantly to your nation’s development and growth and smaddy just come kill yu like a dawg?! Jesus wept! No sah!

Then some people have the audacity to speculate all kinda of disgusting unfounded reasons as to why dem kill the people dem! I care zero about the hypothesis being proffered, we need to get to the source of what is causing this breakdown in social and moral awareness.

It seems like we live in a country weh yuh cyaa talk the truth again because it is an offence. So because people want to be popular or seemingly not judgemental, a blind eye is turned to the glaring truth. The truth is the truth and wrong cannot be right! It wrong fi a walk an a kill innocent people in such a brutish way!

It wrong fi the people dem who know the killer(s) and keep silent even if a yuh son, yuh grandson or yuh man! It wrong fi a breed up and a have fi bag a unwanted pickney dem who end up come tun pestilence in the lives of good, clean people!

Yuh have a set a people who a have neighborhood watch pon women’s bodies and our ovaries as if a dem fall rain and roll thunder. Maybe if some a dem woman yah did exercise dem pro-choice, many other lives could be spared.

Mi wish dem could a invent an ultrasound machine weh coulda detect what the child in uterus would come out to be. So when dem scan the mother belly, the machine woulda seh lawyer, teacher, nurse or gunman, thief , or scamma!!

It would make ‘choosing’ easier! Abortion obviously should not be used as a method of contraception or as a way to abdicate ones responsibility due to carelessness or frivolity. However, a woman should be able to make a choice in a legal and safe framework. People always have the right and objective tings fi seh when trouble no deh a fi dem foot, or anno fi dem loved one get brutally murdered.