Disabled but full of ability 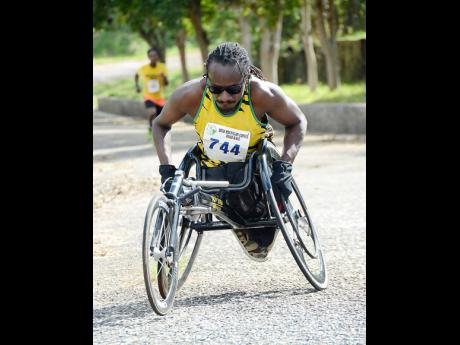 The other day while on my outside broadcast with my radio show at The University of the West Indies (UWI), Mona campus, I engaged two young women who have disabilities.

One of them, Jenelle Peart, uses a wheelchair, while the other, Sharmalee, is visually impaired. When I saw them I wanted to include them, in the happenings because many times, people with disabilities are sidelined.

Well, mi people, I was in for a treat because both women were vivacious, articulate and personable!

Dem might have disabilities, but dem ability tun up in every way and it no stop dem from do nutten!

Peart is a student at The UWI and is in the Faculty of Science and Technology. Her friend, Sharmalee, mek mi haffi buss pure Miss Kitty blank because not only did she graduate from UWI, but she also now works on campus helping other students with disabilities navigate their paths to success.

Story come to bump when mi ask her if she have a boyfriend. Sharmalee promptly and articulately told me, “Actually, I don’t have a boyfriend, I have a fiancé!” Ma! When gal good gal good, and when gal great gal great!

Sometimes in life, people find excuse pon top of excuse as to why they have not achieved their dreams and potential.

LIFE IS NOT EASY

Many are blessed to have their sight and independent movement, and all dem want do a sit down and chat people, tek man like how board house tek nail, walk an have pickney all over the place, and then when dem see people achieve in life, dem hate dem! Life is not easy!

Everybody have dem sore foot and problem, but it is important that you are determined inna yuhself to do and be the best.

Yuh haffi push yuhself! Both young women coulda stay a dem yard, walk an beg, and be a problem to people, but they have chosen not to be.

When mi see disabled people who a work, it bun mi fi nuff a di grey-tone man dem who a walk an beg yuh!

A dem a di problem cause dem lazy like pint bokkle and love likes and freeness!

Our culture and people can sometimes be insensitive to persons with disabilities as they are not factored into the grand scheme of things, but before persons push dem aside or count dem out, let us aim to show due respect and care because none a we no know if a disability can tek we or a loved one.

To all the persons with disabilities who a work hard in spite of your circumstances, nuff luv and respect. You are definitely a beacon of hope!