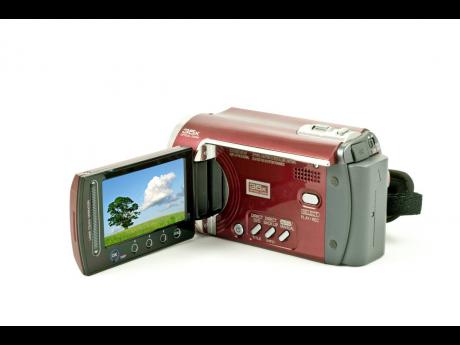 Greetings to all who support mi column a week time and to all who tek di time out fi read and share. From yuh seh Miss Kitty, Miss Kitty seh you! Straight!

Mi nah tell no lie, sometimes mi wish seh the negative impact of social media could be diminished or curtailed, because many people just deh pon social media fi mek trouble, bring down people and promote all the wrong things and the ills about our society.

Social media may be considered ‘anti-social’ in many ways because of how it can alienate and disgrace people. I support addressing the demons in our society and those aspects of our society that regard our growth and development as a people. The same attributes that make Jamaicans great are the same ones that hold us back.

Much to my chagrin and distress, two videos that were circulating last week made me sad and angry at the same time. The video with the small child being recorded on video about the sexual acts in which her parents engage. The beast that was recording the child could be heard laughing in the background.

Mi seh mi blood boil! What the hell is funny about that? That baby will forever have this video of her on the internet for the rest of her life. Can you imagine when she grow big and all this video surface, the trauma and embarrassment she may feel? Even in her young baby stage now, can you imagine when she goes to school among the other children and teachers, how she may be alienated or ostracised?

Nuff a di people dem dunce and not thinking. It’s all about going viral at any cost and by any means necessary, even tainting the future of an innocent baby. Mi hope the police dem do a thorough investigation and get to the bottom of it and lay some strong charges against the perpetrator; and social workers need to get involved to assess the living conditions of this child that would exposing her to these adult situations.

At the end of the day, the well-being and best interest of the child is of paramount importance. Let me also hasten to say that to share and send around videos of children is a crime. You can be charged under the Cybercrimes Act. Nuff people who a send round the video just a dweet fi di hype, and mi sure dem wouldn’t want nobody send round fi dem pickney doing those actions and saying those words. Mi ignarant fi di grazmite who video the baby, and I hope justice will be done.

As if that video wasn’t sickening enough, there is a video of a man in the street draping, dragging, and touching a woman’s vagina, allegedly because she stole his money, and he thinks she might have hid it in her private parts. There are several videos of this incident, and the crowd weh draw big like dance.

As mi a watch the video and see how the man a violate the woman body and dig up inna her vagina like him a dig up luggage, mi heart bleed fi di people dem who stood up watching, laughing, cheering him on and a video. Not one of them tried stopping the man from dealing with the woman in a disgraceful way. Nuff woman did deh deh a watch and laugh and seemingly cussing the woman while she was being publicly embarrassed.

Jamaican people, how we stay so?! Wrong cannot be right! Even if the woman stole the man’s money, there is a right way to deal with the situation. Get the police and the law involved. Right away, that is assault and battery and a host of other charges the man a look pon. The people dem stand up and laugh, and mi hear smaddy inna di video a seh: “Mek sure yuh ketch dat ... yuh video dat?” Jamaica sad like the whole a Adele album! The morals and values weh we fi have gone down the drain!

The whole situation wrong and disgusting, and shame on all who stand up and mek it happen and never denounce the man’s action.

We fi stop back wrongs! Many things we support and big up today will come back to bite us later. The number of shares that these two videos have gained is appalling. Mi sure seh if a did something uplifting and elevating, it wouldn’t spread like wildfire so. Mi did say it inna mi valedictory speech seh: “Kings are dying and clowns are rising,” and nuff time mi look pon the Internet and the things and people we promote, mi words dem a come to pass. Is like we support any gimmicks and almshouse and run wid it. The authorities need to look into these cases, among many others, and prosecute those in violation to show others that though they are free, freedom comes with responsibility and consequences.

Please do not partake in sharing these reprehensible videos, because when you share it, you are also part of the problem. Just press ‘delete’! Take care and have a productive week.