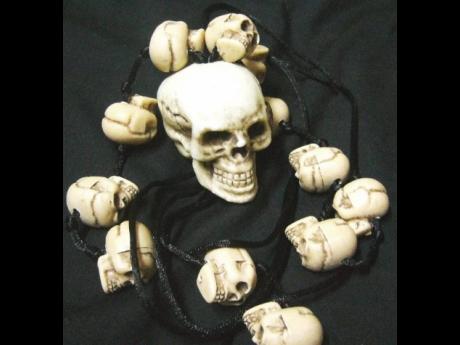 The minister of justice, Delroy Chuck, has opened a Pandora’s box with talks of repealing the Obeah Act of Jamaica.

This act dates back to 1898 and it makes practising in obeah and the occult illegal. It is punished by fine and/or imprisonment.

This religious practice dates back to our African ancestors, who were not allowed to practise their religion because of the fearful plantocracy.

As a result, obeah was made illegal and demonised by the Europeans who did not understand the root of its origin.

It may be said that the Obeah Act itself infringes on the constitutional rights of those persons who want to practise and as such, may be deemed as unconstitutional.

The image and impression that many of us hold about obeah is what we have been fed over the years. I was having a discussion on my radio show, ‘Miss Kitty Live’, about different aspects of the obeah debate.

The response was overwhelming. A woman said her good friend admitted to her that she obeahed her boyfriend fi stop cheat.

The obeah woman told her to bring dirty underwear and she put some oil and powder on it. The obeah woman tell di girl fi rub it all over the man when him a sleep. She did as instructed. She said her friend seh instead a him stop give bun, she get the whole bakery dem time deh!

Dem seh belief kill and belief cure. Part of the hypocrisy of Jamaica is that although most people vehemently deny and bun out obeah man, nuff still a go to dem fi get dem oil an powder di dash!

Nuff church and Christian a lick out against the decriminalisation or legalisation of obeah in Jamaica, as they contend it is evil and wicked.

Yet the atrocities of some priests in the Catholic Church pass evil and wicked! As far back as the Crusades, many lives were lost in the name of Christianity, so we have to be careful how we discriminate against one while putting the other on a pedestal.

Rules and regulations are necessary in any country and while the floodgates to evil should not be flung open, it is important to be knowledgeable and understand what we fear and why. As the debate continues, mi a watch, look and learn, and cover myself under the blood of Jesus.

Whether or not yuh believe, the most important thing is that obeah should not be used to hurt or harm anyone.

As the debate goes on, a good over evil and God over devil, a dat mi seh! Nuff luv; unnu take care until...