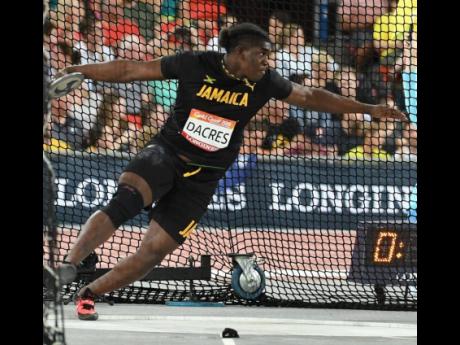 By the time you are reading this, the semi-finalists of the men's 100m would have been decided as Jamaica locks in on its first National Championships to select a team to a major global championship since the retirement of Usain Bolt in 2017.

After a decade of dominance that saw Jamaica produce four of the five fastest men ever - Bolt, Asafa Powell, Yohan Blake and Nesta Carter -all within the same era, the country has moved from the feast of 100m sprinting to a level of famine; or so it seems.

Blake and Carter are still around but not at their sparkling best, and the newcomers, Andre Ewers, Raheem Chambers and others, have not done anything yet to excite.

Spoiled by a decade when 9.6 seconds and 9.7 seconds seemed to be the norm, all of a sudden 9.9 seems slow to the Jamaican public.

So, there is a collective gloom over the state of men's sprinting in the land of wood and water.

However, in hanging our heads in disappointment, we are failing to see how good we can still be. Our women, Shelly-Ann Fraser-Pryce and Elaine Thompson, are fast again, and there is an exciting bunch of newcomers, led by the likes of Briana Williams.

Young Janeek Brown is our latest find. This former Wolmer's girl is the fastest in the world this year and one of the fastest of all time with her new national record of 12.40 set just about 10 days ago at the NCAA Division 1 Championships in Texas.

She is going to show her world-class speed between and over the hurdles this weekend as she takes on Danielle Williams and an exciting group of female sprint hurdlers.

We could also see new promise in the men's 200m, an event that Bolt also dominated during his heyday. Akeem Bloomfield and Ewers are sure to get tongues wagging and adrenaline pumping this weekend.

Jamaica is also overlooking the fact that we have the best discus thrower in the world, Fedrick Dacres, a man who has moved the national record into the 70m territory last week. Only about 25 men have thrown the discus that far in history.

Moreover, in Shanieka Ricketts and Jordan Scott, we have two of the best triple jumpers in the world.

There is a lot to get excited about this weekend and going forward, once we lift our heads and open our eyes to the depth in talent Jamaica is now showing.

Why limit yourselves to how fast we can be over the 100m, when there is so much more to our talents than just speed?