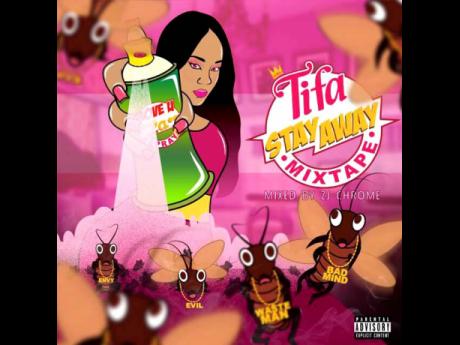 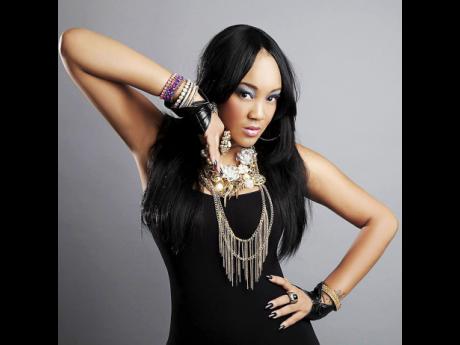 Stay Away is the title of Tifa's new mix tape and the artiste is leaving no stones unturned in silencing her detractors. Mixed and assembled by prolific producer ZJ Chrome, the project has a parental advisory sticker due to its explicit content.

The mix tape has been generating major buzz on social media since the weekend, after it was leaked to several prominent entertainment persons.

"There is no right timing really! I started it, it's finished, so I'm letting the world have it. There will definitely be tongues wagging!", Tifa said, explaining her decision to release the mix tape at this time. "Not everyone will be happy about what I had to say! People will view me differently after this! Things will never be the same. But change is inevitable."

Described as 53 minutes of lyrical fire, the mix tape showcases Tifa's prowess and vocal charisma riding hot rhythms, while lacing her detractors with hard hitting lyrics whom she chose to ignore for some time now.

'At some point when u hold everything in for too long, you are bound to snap! I've been taking the ignore it and move on approach for personal and business reasons. But sometimes, you just have to remind people who you are and what you are capable of, and I'm not one to be played with neither on a personal level nor as an artiste! This mix tape will definitely show you and remind people of my versatility, and why I continue to be relevant in this music business," she said. "It should be taken as me finally giving my side of the story! Me speaking my truth and a reminder/warning to people of who they are really dealing with."

When asked if specific names were called in the mix tape, Tifa said, "It was craftily done in such a way where you will definitely know who I'm talking about even if I didn't call names. And it isn't only a response to people from the music industry, but even personal things as well."

Tafia said she did not do the mix tape with the intention of starting an ongoing lyrical feud with anyone noting, that's not her style.