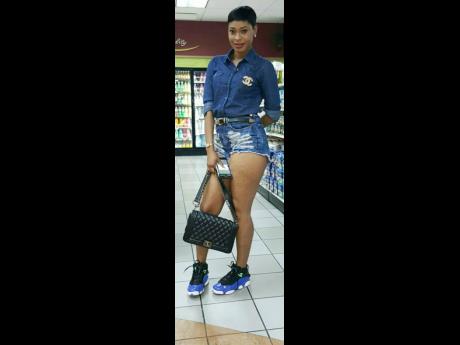 Upcoming artiste Starface, aka Nadesha Star, has been enjoying a successful 2015.

She has been gaining traction on social media and in the streets with her singles, Hold My Man and Tek A Gyal Man. Both songs are produced by Canada-based label Konsequnece Muzik Group.

"Since the release of my singles the feedback is wonderful. My team and I are planning on doing a three-month radio, online and street campaign on both songs," said Starface.

Hold My Man premiered last week on Linkage radios in New York and on VP Records Reggae King Radio, and the feedback was tremendous.

"I'm getting a lot of positive feedback from Hold My Man especially. People are making videos and telling me they love the melody and the lyrics. Women, like these kind of songs that deal with man-andwoman relationship issues, and that is why I decided to make this my subject matter," Starface said .

The singles are available on iTunes, and video shoots will be done for both.

"Every day I get a video on social media from my fans makes me even happier. The comment drives me more and more to do my absolute best," she added.