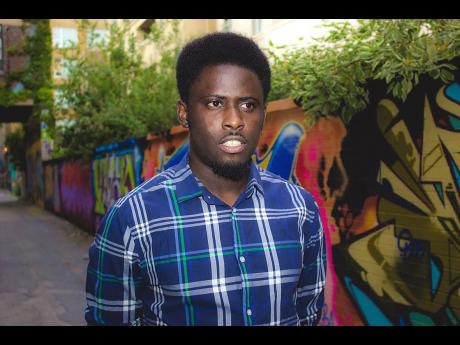 Recording artiste Shane Amani is working hard to promote his new singles, 'Wont 'Let Them Hold Me Down' and 'Your Love''.

According to the artiste, who is now working with Link Up Recordz and Dezi Fingaz, his music is a fusion of reggae and alternative.

Shane Amani is relatively new to the music industry. However, he said he and his production team have developed a strong working relationship and are focused on achieving success in the competitive music industry.

"I must say am a blessed young man to be working with them because they motivate me all the time, pushing me to always do better and, most of all, they look out for me as if am their own blood, you know," he told THE WEEKEND STAR.

The artiste is executing a strong promotional campaign, and is circulating the singles at local events and internationally. He, along with his team, is also gearing up to film music videos in an attempt to tap into the social media market.

He said the singles are receiving airplay on more than 90 radio stations.

"The feedback has been good, so far. More than 90 radio stations, in both Europe and North America, are both playing the songs, and in Jamaica News Talk 93 FM and Irie FM have been giving both songs some air play, as well, so, slowly but surely, things happening," Amani assured.

Shane Amani's promotion is strongest in Europe and the US. However, the artiste said in coming months he will be directing much of his focus to the Jamaican market.