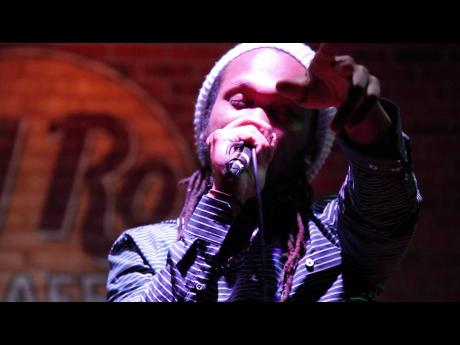 Having enjoyed a tremendous year which saw him releasing two separate EP projects on the same day; performing an acoustic session on Sirius XM, and making his debut at three major festivals, Dominican reggae artiste Oriel is quite happy with his progress.

However, the singer, based in Pittsburg, USA, is not resting on his laurels. He remains in full promotional mode as he continues the media blitz for his two EP's Love SoulJah and Confidence 2.0, each of which focuses on a different side of the prolific artiste.

One EP targets the ladies and explores themes, including love and the man and woman relationships, while the other is more didactic and speaks to sociopolitical topics.

Also high on Oriel's list of priorities is catapulting the single Confidence into the top tier of music charts around the world. Confidence, a soulful single with a poignant hook, is Oriel's breakthrough song, which was initially released in 2012 and co-produced by his Afar Music Group label mate Lloyd 'Cookie' Willacy, who used to play for reggae legend, Dennis Brown.

The decision was made, however, to refocus the spotlight on this song, even as they pushed the single Cruise, the video for which has now been added to MTV.com and VH1Soul.

According to Oriel, who describes his music as reggae fusion, "Confidence got a lot of love when it was released a few years ago, but we know that it has vast potential ... way beyond what it has already achieved."