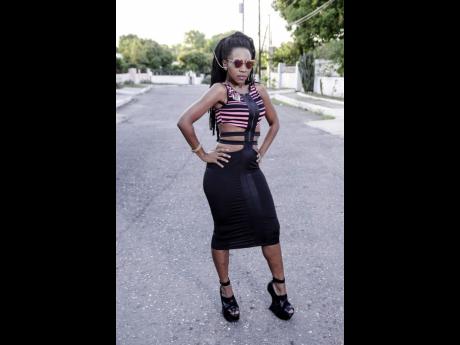 Reggae singer Ifertari returned to Jamaica recently after her successful 'Learning Process' tour, which wound through several states in the US.

She did a number of gigs, kicking off the tour in Fort Lauderdale, before going through Tampa, Virginia and Georgia.

"I thoroughly enjoyed the chance to connect with reggae fans in the US, they really like my brand of reggae," she said.

"The Morning Evening song and video opened up a lot of doors for me. The physical copies of the album sold well and I am gaining traction in markets such as South America, Africa and Europe, especially the UK," she said.

Ifertari, born Sashanna Hunter, migrated to the US from the Waltham Park area of Kingston at age 12. She returned to Jamaica two years ago to pursue music and has not looked back.

"In 2016, I am going to establish my own record label," she said, confidently.