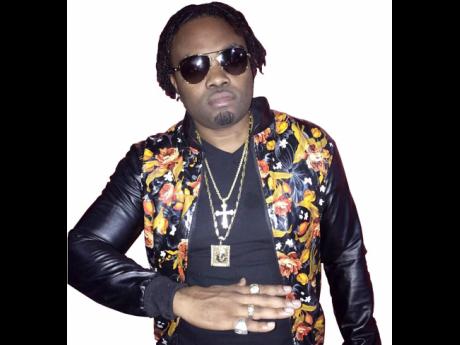 Fast-rising dancehall artiste Rickey Teetz is looking forward to his debut performance at this year's Sting show on Boxing Day, and his performance at the year-end GT Taylor Xtravaganza show in Black River, St Elizabeth.

"This will be my first performance at Sting and I am going all out to make it a memorable one. I plan to bring the energy and vibe to 'buss' the Sting crowd," Rickey Teetz said.

The year 2015 has been a productive one for Rickey Teetz as he made his second consecutive performance at Dancehall Night at the prestigious Reggae Sumfest 2015 in Montego Bay.

Rickey Teetz is known for songs such as Tip Yuh, which has generated over a million hits on YouTube, as well as Nah Go Talk and 6:30 Walk. He is

"I am looking forward to entertaining my fans on one of the biggest nights in dancehall in Jamaica. It is a privilege, and it shows how far my career has progressed over the last year," he said.

Known for his street-hustler anthems and his fashion swag, Teetz has emerged as one of the top dancehall prospects in 2015.

He made a much-talked-about appearance on CVM TV's 'Onstage', and he was featured on Irie FM's 'The Buzz', two of Jamaica's premier entertainment programmes.