Popular comedian, Ity Ellis gives his life to the Lord 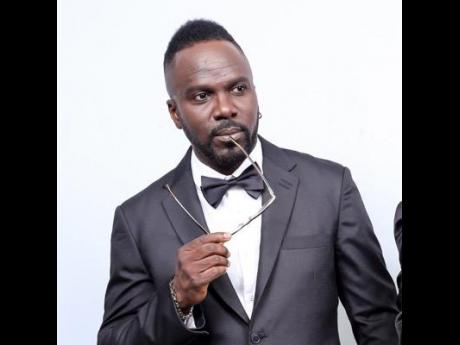 He manages to make you laugh uncontrollably as most of what he does is considered a joke but where his salvation is concerned, Ity Ellis is far from comedic.

The popular comedian from the Ity and Fancy Cat Show, got baptised on January 1, 2016. His decision to get baptised is one he is still basking in, a little over a week later.

"My wife and my youngest daughter got baptised last year. We've been going to church together and thing. I have been listening to the word and meditating. The pastor who baptised me is my childhood friend that I met on the football field in Boy's Town just like Fancy Cat. I think God spoke to my heart in a way that he has never spoken before or in a way that I've never even heard before," he told the STAR.

Ity says he has always believed in a higher power and acknowledges the work of God in his life.

"I always say to Fancy Cat, 'we are not the most talented but look at how blessed our career is, there must be a higher power.' Right now I choose to live for my creator God Almighty, through Christianity, through his son, Jesus Christ," he said.

"Most people go to God in drama, maybe they met in an accident or so and I was saying, 'what is my drama?' But my pastor was saying it is not about what happened to you, it's about what God prevented from happening to you," he added.

As for his other childhood friend Fancy Cat, Ellis hopes that by simply living his life, Fancy Cat will also get saved.

"I am not going to force Fancy Cat, I am just going to live. Marky (the pastor) never pressure me, him just live. It took me 28 years (after Marky got baptised). At the end of the day, every single one of us living have to choose," Ellis explained.