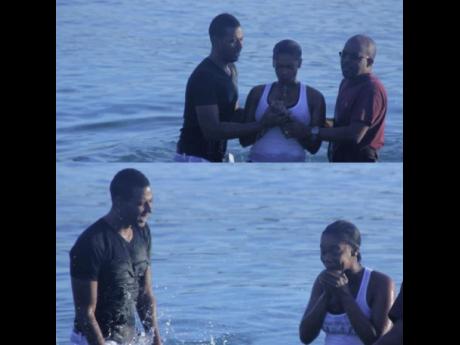 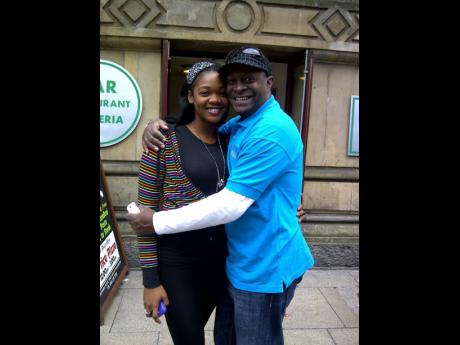 You know her as the spirited actress who works alongside Glen 'Titus' Campbell in a number of Jamaican roots play but now you can also add that you know her as a Christian.

"It's been something, that I've been avoiding. I wanted to do it a couple years now and I kept putting it off. But God has been speaking to my heart and I couldn't put it off any longer," Davis told the STAR.

Davis who is known for her role in plays like 'Ladies Of The Night' and 'The Baby Scam' told the STAR that persons she had no relationship with, were reaching out to her. It was as though they were sent.

"Ryan Mark reached out to me and told me that the Lord is calling me and you know, it kinda brought tears to my eyes because that is what I have been feeling, I've been feeling the need to give my life to God," the bubbly Davis said.

She explained that her pastor, Ryan Mark was not the only one to reach out to her but for some reason other persons were coming to her with the same message.

"Different people kept coming up to me and asking,'are you a Christian?' I felt somehow that I was being sanctioned and this was God saying, stop ignoring me. It has never happened so intensely and so consistently before," she explained.

Though it is only a day since her baptism, Davis has no regrets and is still very excited about her decision.

"I feel great. I am happy that I was able to just let go and do it. I am not  perfect but at the end of the day we have to learn to give God everything," she said.

"I think people just needed to see certain people setting the example. I posted it on social media and man the feedback has been great. God has been doing some amazing things in my life," she added.

When asked about the impact this will have on her career, Davis says she is open to whatever God wants to do.

"I was worried about that. Those were some of the questions I was asking Pastor Mark but I will just trust God. Me just stop worry, He gave me this gift. I don't know what God is doing but I just trust Him. If He wants to use my craft as ministry for Him, I am willing" Davis told the STAR.