George Nooks Rides Out The Storm 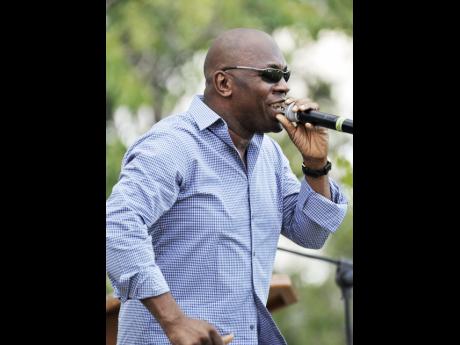 As the title track from his upcoming gospel album to be released in May, George Nooks' 'Ride Out The Storm', has been soothing nervous souls since it was released.

Ride Out The Storm sees Nooks cruising on a musical high with his melodious voice, which his fans have come to adore over the years.

Coupled with the reassuring message of protection in times of need, Ride Out The Storm represents another inspiring record from George Nooks, who has been wining fans with gospel recordings as much as his secular reggae hits.

Songs such as God is Standing By, How Great Thou Art, No Power on Earth, among others, had cemented Nooks as a favourite reggae gospel artiste. Now, Ride Out The Storm has added more reasons to appreciate the artiste.

Nooks' love for gospel music is deeply embedded in his promise to his ailing grandmother before her passing to return to singing 'church music'.

With such a heart-warming motivation, it is no wonder the single has done so well, topping music charts in Florida and the Caribbean.

The reggae cover of a well-known John Flowers composition, Nooks' version carries the same heartfelt message as the original and many other covers.

The single should serve to whet the appetite of Nooks' many fans as they await the full album in May.

Ride Out The Storm is produced by Nooks and Heather Hill, executive producers Tad Dawkins and Tad Dawkins Jr, and is marketed by Contractor Music Marketing.