Octane drops song for the ladies 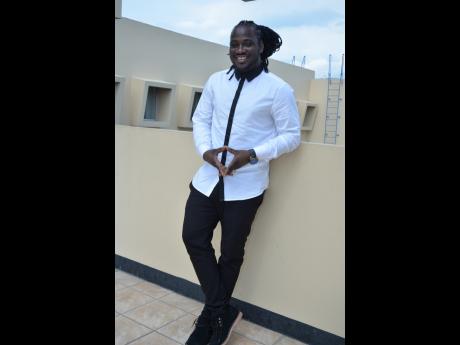 Dancehall artiste I-Octane said his fans should expect great things this summer, following the release of two singles that he believes will be mega hits.

The two singles, Up fi the Ride and The Season, were released two weeks ago.

I-Octane told THE WEEKEND STAR that the video premiere for Up fi the Ride will be next week.

The artiste is confident that Up fi the Ride, which begins "fi di gal dem. Oh yeah, a di gal dem time now," will be a big hit with the ladies because they inspired it.

"As an artiste, I observed and saw that there was a blank space for females. It's been a while since some major artistes have done songs for the ladies," he said.

"I look into that and say other lanes too congested, and say, all right Octane. You don't want to go in that lane where you have too much competition. That's why me say me a go do a girl song," he added.

I-Octane told THE WEEKEND STAR that he has long recognised that he has not done a girl song since he recorded Wine and Jiggle.

The Clarendon-born artiste said that in addition to giving his fans Up fi the Ride and The Season this summer, his attention will also be turned to the creation of a one-drop song.

The artiste, who recently concluded a school tour, said that the project has given him added energy for the summer.

"It has opened the door to reach younger fans for tomorrow and longevity of my career," I-Octane said.