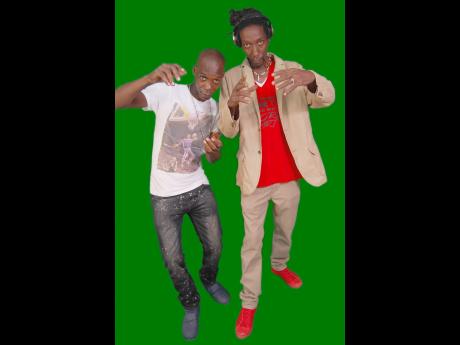 The single was produced by DJ Speng of Calico Mix Production and has been getting favourable feedback in the dancehall circle. The artiste explained how he came up with the slang.

"It was my birthday and I was at my friend's bar in Golden Heights. We were drinking liquor of all kinds and the slang just came up 'ugly up di counter'. From there, it was like it became viral and everybody began to say it, so the next step was that we made it into a song and took it to the dancehall, and it is catching on with everybody real fast," said Fyah Torche.

Fyah Torche also said the slang is gaining momentum in New York since the label which produced the accompanying record has been executing it's own promotions.

"I have been doing street promotions and the next step is to go to commercial radio, yu nuh. One step at a time," he said.

The artiste and his associates have also created a weekly event titled Ugly Up The Counter Saturdays. The event is hosted at the corner of Charles and Barnes streets in downtown Kingston.