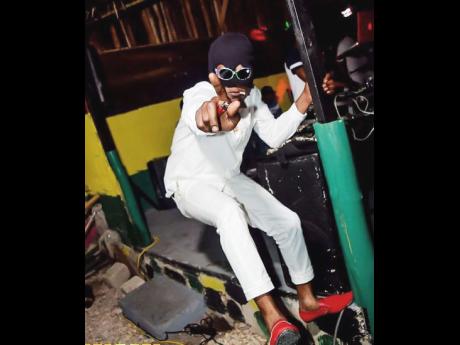 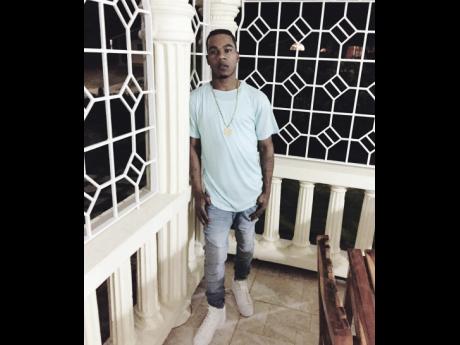 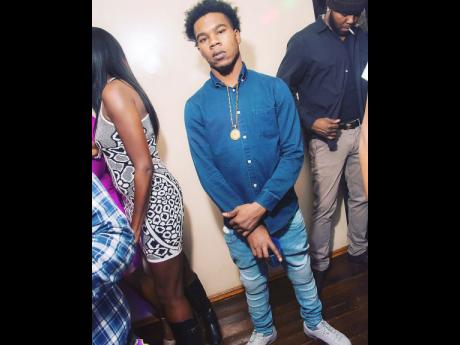 With more than 56,000 followers, Internet sensation Facebook Hero has earned a name for himself by tackling topical issues in a comical manner.

But it was not always smooth sailing for the vlogger, who said he used to sleep on cold floors and had just one suit of clothes before his new-found fame.

"When me just come a foreign, I had to come outta the house when me cousin wah have sex. I had to pawn my shoes to pay my phone bills. I used to sell my clothes to get money in my pocket," Facebook Hero admitted to THE WEEKEND STAR.

Born Akeem Dunbar, the 25-year-old changed his surname to Kerr to reflect his mother's maiden name because his father did not play an active role in his life. His struggles started early on, after being kicked out of Spot Valley High School in St James at grade 11 because of the same antics he is known for today.

"Mi alone used to wear tights and long mouth shoes go to school," Facebook Hero recalled. "One morning at school, me see a boy pon the corridor. I didn't know the principal was behind me, so me say, 'Hey bwoy, me a go kick you off a the railing.' It was just a joke, but the principal called me in the office and said they can't tolerate that type of behaviour anymore."

From there, he decided not to return to school and continued with his comedic acts in the streets of Falmouth, Trelawny, where he grew up. He also explored dancing and construction work, but neither of those was his calling.

Facebook Hero later migrated to New York to live with his mother and uncle. He later moved to Florida to live with an aunt. But it still was not a bed of roses as he did not have a steady job and would often go broke and hungry.

With a lot of time on his hands, he took his clowning around on the platform that first made him popular, Facebook.

"Me used to do little shows on Facebook called Candle Light, where me buy powder and oil and dash pon miself, and talk all kind of things, then over time, thousands of people start tune in," he shared.

Facebook Hero's friend, Oniel Vassel, who is now his booking agent, advised him to widen his platform to Instagram last year. Popular pages started reposting his videos and his following grew.

He said he gets his inspiration from his experiences and those of his friends. The vlogger has tackled topics such as the Donald Trump presidency, and deadbeat dads.

So far, Facebook Hero's popularity has landed him several hosting gigs in the US and Canada. He said he also has shows lined up in Belize and England.

Recently, also dabbled in music with the release of Hero Dance, which is a collaboration with dancer Marvin The Beast and dancehall artiste Black Mattic.x