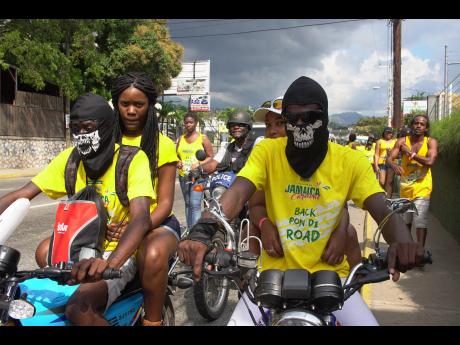 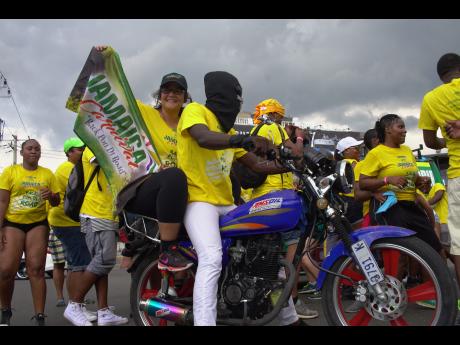 Julianne Lee Samuels, daughter of Byron Lee, took up her revelling position on the back of a motor bike. 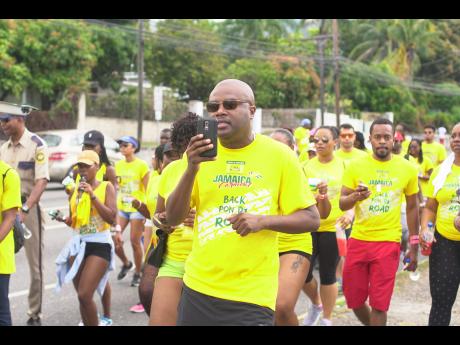 Popular radio station disc jockey Kurt Riley got a piece of the action as he joined the revellers on the road. 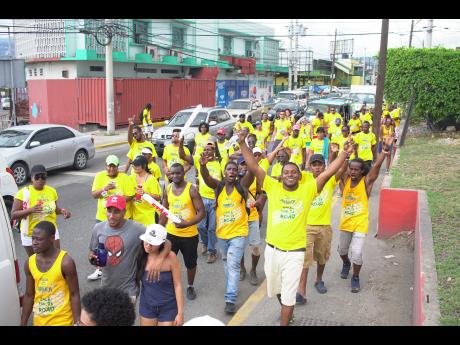 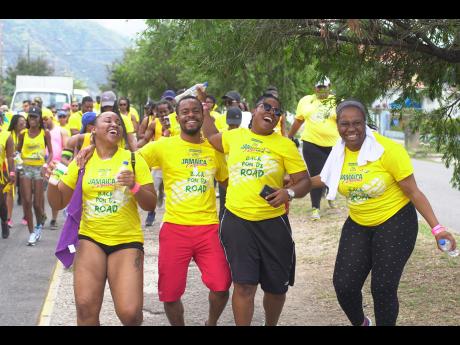 Traffic came to a halt Sunday in the Corporate Area as specially invited revellers participated in the annual Jamaica Carnival Road Practice March.

Despite the scorching midday sun, it appeared nothing would have stopped revellers from enjoying themselves as they danced through the streets sporting bright yellow T-shirts.

Their presence seemed to have sent the temperature gauge upwards, and could have been the reason why the heavens gave out a drizzle about 2 p.m. That, however, did not put a damper on the party.

The socaphiles had almost their every need tended to as a small contingent of police and security personnel ensured a comfortable process. Jamaica Carnival also made sure to keep patrons hydrated on the journey via a mobile bar, which handed out both liquor and water.

Revellers danced freely and expressively to soca hits from Bunji Garlin and Destra, among others. However, they were not very happy about the 2017 batch of soca songs.

Their voices were heard and the DJ dish out some more popular soca anthems.

Julianne Lee Samuels, organiser of the event, said the practice walk is an important event for Jamaica Carnival.

"It's a team-building exercise and we have a little fun. On Carnival Sunday, we are all concerned on executing a national production, so this is our pride and VIP excursion," she said.

Pietro Gramegna, marketing manager for J. Wray and Nephew, one of the sponsors of Jamaica Carnival, said his company is "looking forward to see a lot of people this year, and Wray and Nephew Overproof Rum will be bringing its spirit".