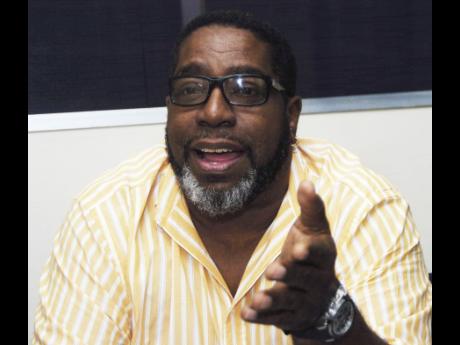 Veteran selector DJ Squeeze has come out swinging at the new crop of dancehall artistes for flooding the music industry with what he calls 'porn-hall' music.

According to Squeeze, artistes should be able to employ witty techniques to tell stories about sex without blatant vulgarity on records.

Squeeze, who was also a programme director on a local radio station, also blamed Alkaline and Vybz Kartel for setting the precedent for young acts creating sexually explicit music.

"Vybz Kartel and Alkaline have cut a trend that is different in our musical expression, and it has now affected the whole Jamaican music landscape, and it is not necessarily for the most positive results," he told THE STAR.

He also conceded that self-proclaimed 'dancehall emperor' Shabba wasn't exactly a saint, but felt his strategy in writing sexually suggestive lyrics was done with class.

"You might call me obsolete, but porn-hall is not dancehall," he said. "It's 'porn-hall' and 'shock-hall' because it shocks 90 per cent of the public."

The DJ is requesting that recording artistes revisit the blueprint set by veterans of Jamaican music and apply their strategy to improve the state of the music.

"I am not stopping the youngsters from expressing themselves but let us find a medium for improvement," he said.

"But if you are going to go edgy do it with class ... draw inspiration from songs like Salt Fish and Wrenking Meat. They are different from blatantly saying Tek B***y Gyal. It takes creative writing to express onesself. We want to be able to read through the lines like the days we used words like 'soldering'," he said.