Curvy Diva gets first taste of controversy as recording artiste 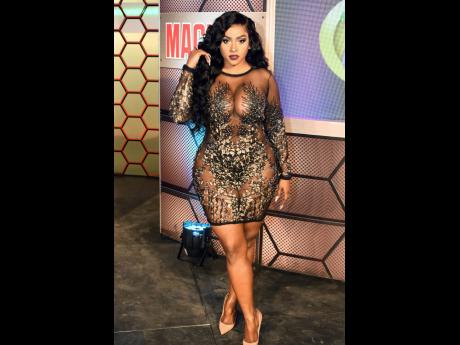 Media personality turned artiste, Yanique 'Curvy Diva' Barrett, has barely got her foot through the doors of the music industry and already has had to clear up controversy surrounding her name.

It hasn't been a week yet since the young entertainer released her debut single but the song has been causing quite a buzz on the streets as some people claim the track is directed at fellow media personality, Miss Kitty.

That notion gained even more traction as the song was uploaded on to several YouTube channels as a 'Miss Kitty Diss' track.

However, the Curvy Diva dismissed those claims stating that the song titled Lifestyle is nothing more than a reflection of her life and does not mention Miss Kitty directly nor indirectly.

"The song talks about my life and what I've been through and how little I let things bother me," she said in a statement. "It's not directed at any specific person but if the cap fits...".

The single was released on the Money Mix Rhythm under a recently signed recording deal with Good Good Production.

Fans of the Curvy Diva have been giving her virgin single two thumbs up and have expressed joy at her decision to enter the music business.

The Curvy Diva herself has also expressed satisfaction with how well the song has been doing so far and thanked fans for supporting her throughout the years.

"I am overwhelmed with all the love and support," she said. "I know I have the talent and to bring it to the forefront and have it so well received, I'm so grateful."

She also revealed that plans are in place to shoot a music video to be released shortly.

The single 'Lifestyle' is now available on iTunes.