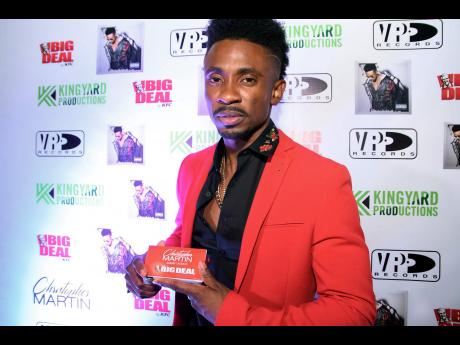 The decline of the vinyl industry has affected the local music industry as it relates to sales.

However, foreign artistes have found a breakthrough courtesy of streaming services like Tidal, Spotify, Apple Music, and Sound Cloud.

Some artistes have even managed to sell platinum and gold records by releasing their records exclusively via streaming services, yet they still manage to pull decent numbers.

For instance, American rapper Kanye West released his album The Life Of Pablo on Tidal in 2016, and to date, it has been streamed more than three billion times.

The project was also certified platinum by the Recording Industry Association of America (RIAA).

But back in Jamaica, veterans are left in limbo, with the hope that one day, vinyl will make a return, while the younger generation appears uncertain as to how to tap into the technology, which literally sits at their fingertips.

Aside from Shaggy, Sean Paul, and Charly Black, no high-riding Jamaican artistes have achieved platinum or gold status for their records as a result of streaming.

Artiste manager Lando Genius of Tech Genius Records believes that Jamaica ought to do better.

"One artiste a release all 200 songs for one year, and none of them not selling platinum nor gold. None of them getting streams online. Seems like our business a live inna YouTube world and inna school bus," he said. Genius said that vinyl is not coming back, and we need to face the reality.

"See Junior Gong gone wid Tidal, but what about the younger youth dem who supposed to know about technology? It's a shame if you ask me," he said.

According to the RIAA in a recent release, 1,500 paid streams is equivalent to 10 downloaded track sales, which is the equivalent of one album sale.

Record producer ZJ Chrome, who recently achieved streaming success on Spotify courtesy of Christopher Martin's Paper Love, says that for Jamaica's music industry to benefit from streaming, it must rid itself of YouTube uploaders.

He also said producers and artistes should align themselves with reputable distribution companies and request distribution via streaming outlets instead of settling for a mere email blast.

Paper Love is the only reggae song to cross the 10-million mark on any streaming outlet outside of Junior Gong's Welcome To Jamrock.