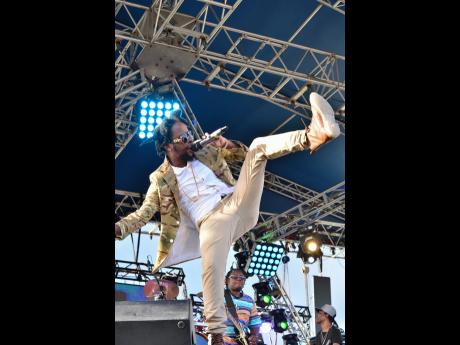 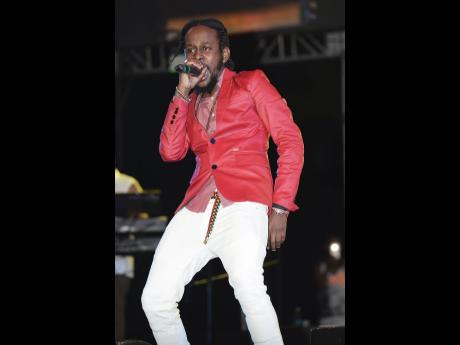 The dancehall fraternity has been abuzz since late last month when news emerged that dancehall artiste Popcaan had obtained his US visa and work permit, allowing him to travel to the United States.

The entertainer is expected to participate in the Red Bull Culture Clash next Friday at 787 Windsor in Atlanta, Georgia.

After that bit of information was made public, THE STAR tried to get an official confirmation from the entertainer's team, but has been unsuccessful so far.

However, New York-based music magazine, The Fader, virtually confirmed the rumours that Popcaan's visa was granted when they cited in an article released yesterday that the deejay would indeed be making his first appearance in the US on August 25.

Despite dominating the dancehall scene for a number of years and gaining immense success internationally, particularly in the US market, the 'Unruly Boss' has never set foot on American soil. Because of his affiliation with now incarcerated deejay Vybz Kartel, many believed the entertainer would never realise his dream of travelling to the US.

THE STAR has learnt from a few entertainment sources, who requested to remain anonymous, that the entertainer received a one-entry visa to the United States to participate in the Red Bull Clash. Nevertheless, news of him finally getting the opportunity to work in the US has been met with great jubilation from fans, fellow artistes, and other music industry insiders.

"Popcaan has been one of the most in demand Jamaican acts in the US for years. Not only will it (the visa) be good for him, but it will be good for dancehall overall. His presence in the US market will uplift the whole genre," he said.

"I'm glad for him, and glad for the business. I'm confident he will maximise the opportunity."

Griffiths also said he hopes this will be the beginning of many trips to the US, as he can only imagine what the 'Unruly Boss' will do if he is afforded that opportunity.

"He used the time (without a visa) wisely, and laid a strong global foundation," Griffiths said. "He's done incredibly well without being able to travel to the US. He has had the Drake cosign and has also had some really good collabs in the UK and Europe."

Popular entertainment publicist, Keona Williams, agreed, stating that once the deejay proves himself with this opportunity, it should open more doors for him.

"I think it's a great opportunity, and I hope he exploits it well. Once he sticks to the terms and conditions he was granted with this experience, it should open additional doors for him and others in the industry," she said. "It (Red Bull Culture Clash) is a major event that can be capitalised on to bring in even more international exposure. I think it's wonderful that he is making strides towards the ultimate dancehall crossover."

According to Red Bull.com, Popcaan will be facing off against teams like Mike WiLL's EarDrummers, WondaGurl's Enjoy Life, and Tinie Tempah's Disturbing London. Popcaan was part of last year's Red Bull Culture Clash, which saw his team, that also included dancehall diva Spice, walking away with the title. It is believed that his involvement in last year's clash was instrumental in him being granted the visa.