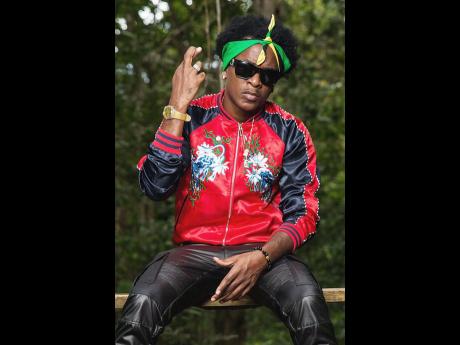 The entertainer told THE STAR that although he has a busy schedule, he could not pass up the opportunity as he not only sees it as another chance to showcase Jamaica on a global scale but also as a chance to give of himself to a worthy cause.

"I know that I'm going to be tired, but at the end of the day me can't too tired fi represent for a worthy cause. All the victims from Puerto Rico to Texas to St Maarten need help, and any way I can give that, I will," he said.

Tidal announced its third annual benefit concert late last month and proceeds from the event will go to the victims of hurricanes Harvey, Irma and Maria, as well as the earthquake-devastated Mexico.

Fellow Jamaican artiste Kranium is also on the concert's line-up. Charly Black told the STAR that he prides himself on flying the black, green and gold high on any platform.

"Mi a represent Jamaica, enuh, suh if a even one song mi get, mi a go claat it," he said laughing. "Once Charly Black a get the opportunity to showcase his talent, I'm always happy and always honoured," he said.

The concert's set to take place at the Barclays Centre in Brooklyn, New York, and has racked up some of the biggest names in music as headliners.

So far, Jay Z, Jennifer Lopez, DJ Khaled, Remy Ma, Chris Brown, Fat Joe, Cardi B, Daddy Yankee, and Fifth Harmony among several others have been billed to perform. Machel Mantano will be the Caribbean's other representation at the event.