Everything 'crysp' for Masicka ... deejay to endorse new vodka 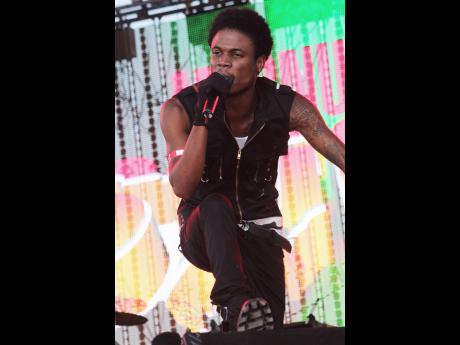 Fast forward to December, and the singjay is taking on a new business venture with his endorsement of a new vodka called Crysp.

The liqueur will be launched at his birthday celebration this weekend at Taboo nightclub.

"Yuh done know, it's just another business idea and is a very good move. This is a major booster in my career and all a dis is made possible through my manager, Corey Todd," Mascika told THE STAR.

While more flavours will be added later, Lemon Crysp will be available for purchase soon.

"It will be sold at an affordable price. It is for the masses, so everyone will be able to buy a bottle. You done know is a Gennasyde move," he said.

Following his birthday celebration this weekend, Masicka will return to the recording studios to lay tracks for his debut album, which is slated to be released during the first quarter of 2018.

Looking back on his year, Mascika said he is extremely proud of his achievements.

"I would not change a thing about it. A di best year inna me career. Without a doubt, me dominate dancehall. Now it's all about spending the holidays with my family, which includes my son," he said.