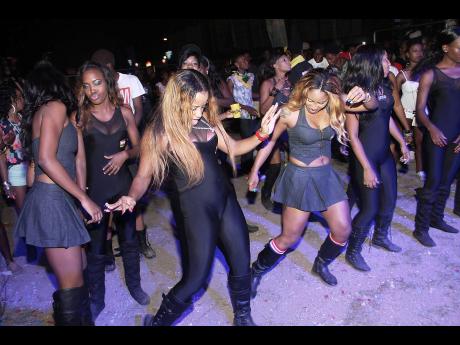 Patrons enjoy the show at the 2013 edition of Ghetto Splash. 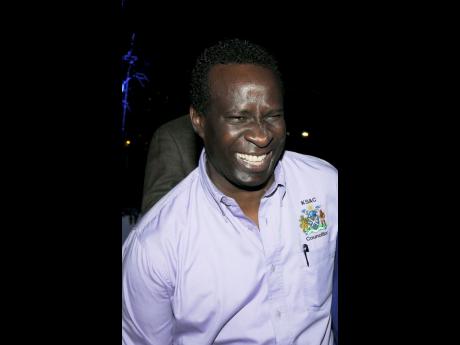 Promoter Patrick Roberts has promised that the annual Ghetto Splash concert, to be held at the Waterhouse Mini-stadium on Tuesday, will not be affected by the violence affecting communities near the venue.

Speaking with THE STAR, Roberts revealed that organisers are aware of the violence affecting sections of nearby Maverley, but assured persons that measures are being put in place to ensure their safety.

"We have private security, plus we have police, and I've got the blessing from the commissioner's office. We have full support from St Andrew South (police)," he said. "Plus, what we will be doing this year is scanning patrons coming into the venue, so that will go a far way in preventing weapons from coming inside."

Roberts added that even if there were no extra measures being put in place for security, people from the surrounding communities see the event as a unifying one and usually put aside their differences even for one night.

"Waterhouse's motto is 'unity is strength' and during this event, especially, they live that out," he said.

This year, Roberts explained that the show will take on a different format as the acts will perform in segments. The show starts at 6 p.m. with a section dedicated to juggling.

"So we will have sounds like Rebel T, Lover's Choice, D Unit and Game Changers playing music until 8 p.m. Then from 8 until 10 p.m., we will have the up-and-coming acts take the stage," he revealed. "Then, we will have the gospel hour from 10 to 11 p.m., which will feature Jermaine Edwards, Prodigal Son, Rondell Positive, Kevin Downswell and Suspense, who will appear in her first gospel event since winning Magnum Kings and Queens and converting to Christianity."

Immediately following that will be the vintage hour where reggae music will be showcased through the likes of Freddie McGregor, General Trees, Peter Metro, Burro Banton, Admiral Bailey and U-Roy.

Roberts said it is never a challenge to get artistes to commit to the show as they see it as one where they get to give back to their many fans.

"Ghetto Splash is an event that many of them have grown with because it has been going on since 1989. All of these artistes naturally look up to it as a means of giving back, especially because the show happens during the Yuletide season," Robert said. "Right through the year their fans are supporting them so giving back 10 minutes on a free show is nothing for them; they live for this show."

The event is free to the public.