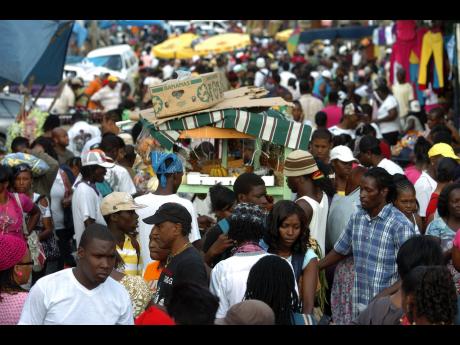 In this file December 2010 photo, the streets in Linstead, St Catherine, were filled with shoppers and vendors. 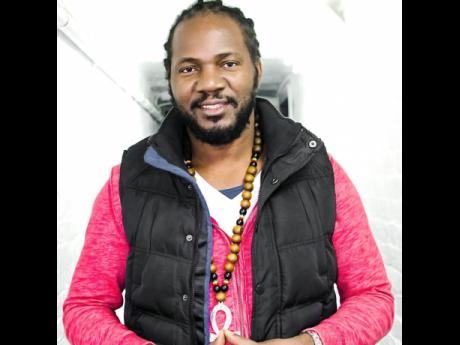 As crime and violence continue to show its ugly head in the Linstead community of St Catherine, home-grown reggae singer Tony Curtis is imploring the youth to give peace a chance.

Curtis says criminals are destroying the tranquillity of the rural St Catherine community that was immortalised in the popular folk song Linstead Market.

"I want to see Linstead go back to where it was years ago. Even as a teenager, we could walk from Linstead to Ewarton, and the only thing we would fear is duppy. All when light gone, we used to be out in numbers on the road and feel safe. Now, persons are not even safe in their own homes," he said.

Curtis told THE STAR that he refuses to blame politics and gang war for the gunmen's actions.

"No gang war is going on here. It's just some people get some new guns and think once they have it they should use them. There are also some 'importees' coming in the community and there are persons who hide them off. They commit crimes in other parts of the island and seek refuge in Linstead. They are mostly the ones going around and creating the damage," he said.

"The music is very influential as well. I think it has played its part in what is going on in the nation. The children have these artistes as role models, so once they continue to glorify negativity the youths are going to think it's cool and act on it. I don't do certain types of music, and I have a lot of number ones," Curtis said.

In the early to mid-1990s, Tony Curtis and another Linstead native Jigsy King performed as a duo and churned out hits such as Butterfly and Miss Goody. Curtis, a solo artiste, is also part of the quartet LUST.

Linstead is known to attract thousands of visitors to its town for 'Grand Market' on December 24.

However, with the surging crime rate, Curtis is uncertain if the north St Catherine community will have its usual crowd.

"Linstead people dem a go turn out regardless of what is happening. We are a strong and determined set of people, so violence nah go make we stay and lock up on 'Grand Market' night, but I am not sure about those from other parishes. The killings are everywhere in Jamaica, but me still nuh sure if we a go see a big turnout from the visitors dem," he said.

Checks with the Linstead police show that more than 30 persons have been killed in the area since the start of the year. Among the most recent string of incidents are the recent shooting of three men on Royal Avenue in the community on Wednesday. Two of the men succumbed to their injuries.