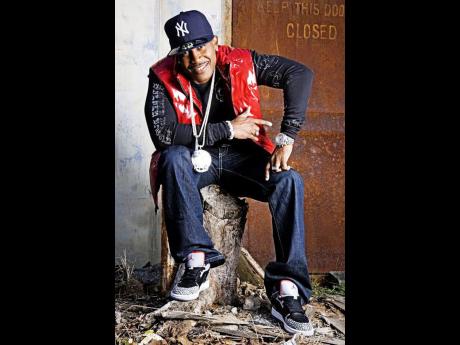 According to a press release sent to THE WEEKEND STAR, the artiste was recruited to make an appearance in the series as a part of a congregation being led by a bishop played by actor Keith David.

In the movie, the Greenleaf family, which runs sprawling Memphis megachurch Calvary Fellowship World Ministries, appears to be a loving and caring clan. Beneath the surface, though, exist scandalous secrets and lies. Greed, adultery, and sibling rivalry are among the issues that threaten to test the family's faith and tear the group apart.

The scandalous happenings are uncovered by Grace, the estranged daughter of church leader Bishop James Greenleaf, when she returns home after a 20-year absence. Oprah Winfrey has a regular role on the show as Mavis, Grace's aunt.

The entertainer, who has been on the music scene for quite some time, said that he is extremely excited to be part of the project.

"Using your talent, hobby, or profession in a way that makes you contribute something good to this world is truly the way to go," KC Jockey said.

Meanwhile, KC Jockey also said that he is working on promoting his latest single, Love In The Air, which he said is targeted at women.

"My fans are very supportive towards this project. They have been sharing and uploading the single on various websites, and I am grateful for the support," he said.

"I am poised and ready to make this year a successful one. I have been in the studio working on numerous projects. I am now ready to do whatever is needed to deliver properly, and I know my fans will appreciate what is to come."