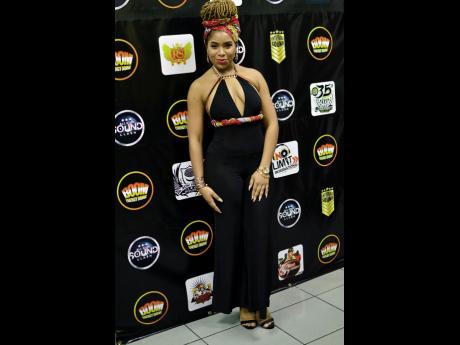 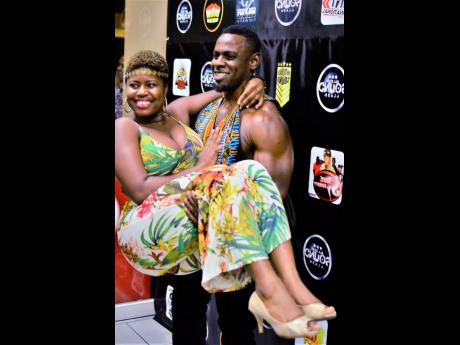 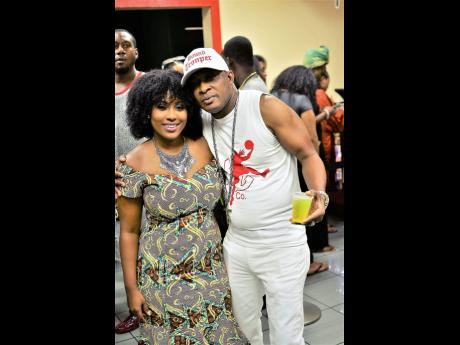 Keteisha McHugh, brand manager of BOOM Energy Drink, with Ricky Trooper, owner of Sound Trooper, at the launch of the 2018 BOOM All-Star Sound Clash at the Palace Cineplex, Sovereign Centre, Liguanea, on Friday.
1
2
3

Sound Trooper and Silver Hawk will be the first two sounds to meet in the 2018 BOOM All-Star Clash. At Friday's launch of the series, held at the Palace Cineplex, Sovereign Centre, Liguanea, St Andrew. Ricky Trooper representing Sound Trooper and Richie Poo from Silver Hawk, drew the first and second slots of the eight competitors in the sound battle royale.

There was friendly banter between the two veteran sound system players as it was announced that they would go up against each other on Thursday, March 1, at the BOOM All-Star headquarters on Olympic Way, St Andrew.

In true Ricky Trooper style, the Sound Trooper head riled up those in attendance inside the Palace Amusement cinema. "You a go dead, Richie!" Trooper shouted to his opponent, while laughing. Chuckling, Richie Poo from Silver Hawk shook his head and said, "Trooper, yuh cyaan chat to me, mi kill yuh one time already and me a go do it again." The audience cheered at the exchange between the two selectors.

They will face each other in the first of the four round one battles. Royalty Sound from Canada will go up against Jamaican No Limit International in the second matchup.

The judges for this year's clashes will be producer/artiste Esco Da Shocker, musician and producer Nigel Staff and actor Rodney Campbell. Now In its fifth year, the BOOM All-Star Clash remains a popular staple within the dancehall scene.

The other sound systems in the series, which ends on May 10, are King Addies from the US, Entourage Sound from St Martin, Hemp Zion from Japan and Black Blunt from Jamaica,.

The launch of this year's series was coupled with a screening of the blockbuster movie Black Panther, and host of the launch, comedian Christopher 'Johnny' Daley, helped to build the excitement for the two events. While a few persons donned African-style clothing, as is the global trend for those going to see the superhero movie, the aticipation for Black Panther was felt.