Weh Dem Up To: Holy Spirit sweeps Shalom off his feet 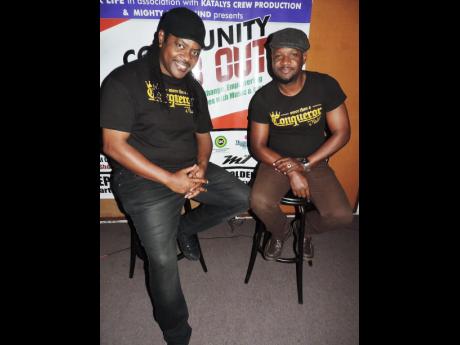 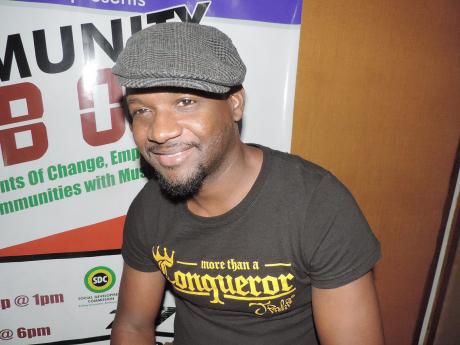 After coming through the late Sugar Minott's Youthman Promotion outfit as Steve Harper, doing harmony vocals for the man who did 'Herbman Hustling', the singer now known as Shalom hit the big time in the late 1990s with the single 'I've Got News For You'. But as the album of that name was ready, Shalom dropped off the popular-music scene. He got hit by Christianity literally, as he was brought to the ground in the US and more than 15 years later, has joined guitarist/producer Paul Barclay's Katalys Crew, which is now a duo.

Shalom told THE WEEKEND STAR that after I've Got News For You broke, he performed at Sting and Reggae Sumfest in Jamaica and also went to Gambia, west Africa, in 1999, then Malawi in 2000. But it was in New York City, that the Holy Spirit swept him off his feet and put him on the ground beside the woman he eventually married. However, it was because of a rift between them that he had gone to the US in the first place.

Fortunately, he got a show around the same time and, in the US, headed to the church. When Shalom asked for the lady, someone said: "She on the ground in the Spirit'."

That was in 2001, and there has been no turning back since then for the couple.

Regarding pop music, he said, "everything stop."

This was even though Phil Matthias, who handled I've Got News For You, called to say that there had been contact with Island Records.

"Him cuss," Shalom said of Matthias' reaction. "But the experience I was having as a young Christian, I was happy."

It was his wife who spotted Barclay in Portmore, although he and Shalom had met before in New York. Shalom had some gospel songs before, including Jesus Don't Stop At All (a take on Buju Banton's Driver), and now they have collaborated on a number of songs, including God Only, Conqueror, Chant, and Woman.