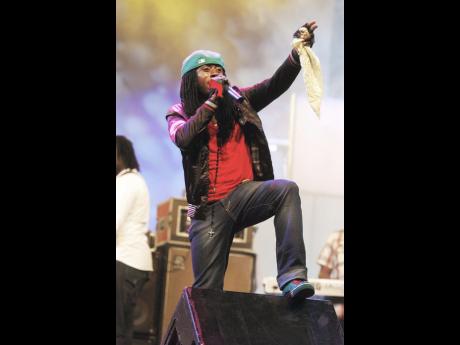 I-Octane will be making his return to the Reggae Sumfest stage this summer, and while many are pleased with the news, another dancehall entertainer is in high demand.

Social-media users have expressed a wish to see recording artiste Khago and are pleading with organisers to book the Walk A Mile singer for this year's show.

A post made by Downsound Records confirming I-Octane's performance saw several social-media users tagging Khago, stating that he needed to be on the show.

"Khago is #2 on the Billboard. He needs to be on Sumfest," one user commented on Instagram. "So you guys not going to book Khago?" another questioned.

In an interview with THE STAR, Khago said that is he is not surprised that persons are finally recognising his talent.

"Love can't die, enuh. It might just get overlooked fi a time being and people a say, 'Bwoy, him get enough years of we beating him, make we take the strap off a him now. Even if me did do sup'm wrong, every man weh do wrongs, there comes a time when him do him sentence and haffi run free again. A my turn fi run free yah now," he said.

"A di people dem buss me, enuh. A nuh money or nothing, just the love of the people dem and di people dem start find out say a fabricate dem fabricate fi get me outta the music industry because a di talent weh me possess. So di people dem haffi just start show love again."

Khago added that he believes he will get a call, as Reggae Sumfest has always prided itself on being a festival that's all about the people.

"If di people dem request me, me haffi get a call. It (his inclusion) is up to the fans and not up to them (the organisers)," he told THE STAR.

"Music change, enuh, so if yah keep a show fi yuhself, might as well yuh stage it inna your bathroom and you and your woman watch it. But if yah keep it fi di fans dem, yah fi give dem wah dem want, whether you like the artiste or not."

The entertainer revealed that although he has not graced the Reggae Sumfest stage in five years, he is not opposed to doing so in July.