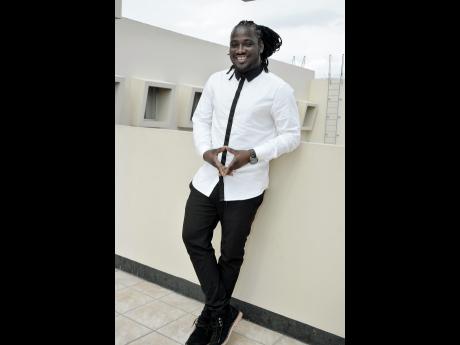 Recording artiste I-Octane says he has put last year's snub by Reggae Sumfest organisers behind him and is looking forward to celebrating his 10th year on the show this summer.

Speaking with THE STAR in a recent interview, the artiste revealed that any bad vibe that was present between himself and organisers are now in the past, and he is only focused on delivering an unforgettable experience for patrons.

"The persons who approached me a who a keep the show, so Joe himself approach me. Skatta approach me and a few other members. We resolve all what was said last year and this performance is a great accomplishment for Sumfest and for the brand Octane," he said.

"I am fulfilling my 10th year performing on the Sumfest stage. I have done nine magnificent years as a performer building from a young artiste to a closer. Out of all the new-school artiste dem, me a di only artiste doing one decade of performance. So me chose fi think about that and not what happened last year."

Last year, when the show's line-up was released and I-Octane was not among the booked performers, the artiste was puzzled. Back then, he told THE STAR that the organisers had said they were not booking anyone from the previous year as they wanted a fresh set of entertainers.

"I have over 50 hit songs in my catalogue. Last year, after mi mash up the place, Joe (Sumfest organiser Josef Bogdanovich) hug mi up and seh, 'My youth, yuh a di baddest thing inna music. Mi can never leave yuh off mi festival.' So what are you going to say this year," Octane said at the time.

"Then you are going to tell my team that you are not booking nobody from last year?"

When asked whether he had been given a reason for last year's snub during discussions for this year, the entertainer said: "We past that. We resolve that, and I decide me a go do the show this year. Reasoning this year with organisers of the show, we both have our own perspective of what happened and why me never deh pan the show. This year, the festival gonna honour me celebrating my 10th year, so we both accomplishing something."

Whatever the reason was, I-Octane said that he didn't see the organisers leaving him off the show two years in a row and was, therefore, not surprised when he got the call this year.

"People have me as one of the best performers, plus me have a slew of hits. The catalogue strong. Me always give a great performance, and so me cannot be surprised to perform on any show in Jamaica or even out of Jamaica."

Having closed the annual show two times in his 10-year stint, the entertainer had earned the name 'closer'.

However, there will be no need to call him that this year, though, as the entertainer revealed he will not be closing Sumfest 2018.

"Me earn the name closer over the years, but I'm not closing it this year. I'm celebrating my 10th year, so I'm going to do it at a comfortable time. I've been there closing shows upon shows, so me think other artistes fi do it now other new artiste weh hot and a run di place fi get dem time now," he said.

"What I have in store is just pure energy and a great performance. Anybody want to know more haffi just come out."