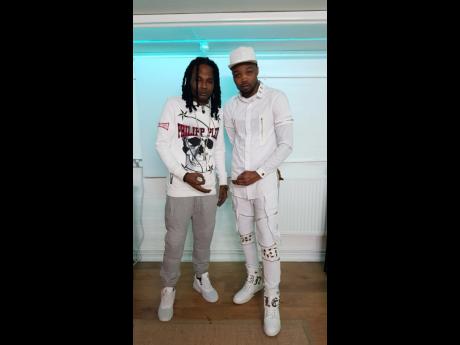 In December 2017, Bramma embarked on a month-and-a-half-long promotional tour of the United Kingdom (UK).

The trip progressed into 2018, and before his return to Jamaica, he recorded several songs for local producers.

He linked up with UK-based Jamaican dancehall artiste Dertee through their management companies to do a collaboration.

Both artistes created Bruk Life Don't Fit Wi. Released in February, the song is testament to all the struggles artistes tend to endure in order to present themselves in a specific way to their fans.

Bruk Life Don't Fit Wi speaks to a varied lifestyle of necessity and not that of greed.

It has already received airplay on major dancehall radio stations across the UK and mainstream programming.

Now, they have their sights set on taking over the Jamaican market.

"The song loud. Thanks to S-Lock and Bramma for making this collab happen. Me done a hit a England a ready. Now me sure fi hit a Jamaica to," added Dertee.

The two artistes are expected to go full throttle with promotion of the track. A video was shot on Broad Street in Birmingham while Bramma was still in the country.