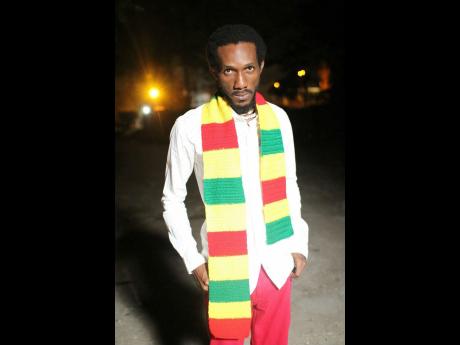 Reggae artiste Ras Bogle is generating decent buzz with his latest single, Nothing's Gonna Change My Love for You, which samples the chorus of the George Benson hit of the same name.

"This is my first cover; I always write my own songs, but this song moved me in my youth so I had to do it," the singer said.

Released on the Honycomb Records label, the single will be made available through online distribution channels on April 28.

Two years ago, Ras Bogle released his debut album It's My Birthplace worldwide through online distribution channels on the Musical Links production label.

"The album did reasonably well and helped me to establish a fan base in countries like St Maarten, Ghana and Kenya. But right now, I am working on mostly new singles," he said.

One of those new singles is a My Dream Girl featuring Gyptian, which was released last year.

"Gyptian and I will be shooting a video for it because we plan to step up promotion in the US and Europe," Ras Bogle said.

At least four years ago, Ras Bogle scored a major critical and commercial success with his single, Woman Of The Year.

A follow-up single, We Got Love, established him as one of reggae's exciting new voices.

"I am just focusing on doing more singles and videos in 2018 to keep my name out there in the industry," said the entertainer.